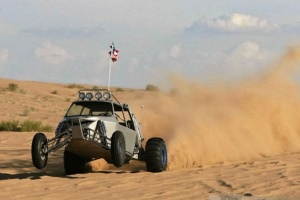 Although Imperial County has implemented all state-mandated guidelines and best practices and adopted some stricter health orders than the state in its efforts to stop the spread of COVID-19, the county still struggles in the battle against the virus.

“Due to the number of cases that we are experiencing in Imperial County, the lack of a decline in our cases, and the concern of reaching of exceeding hospital capacity, there is a sense of reluctance to encouraging additional visitors to our community,” County CEO Tony Rohoutas.

Large community events such as Cattle Call, Farmers Market, and Christmas Parades are still in question at this moment. Beyond Borders Gazette asked County Health Officer Dr. Stephan Munday at a press briefing held July 20 if the Imperial County Health Department would allow these events to take place since the county is on the State monitoring list.

“I wouldn’t make any specific determination at this moment. It’s only in July. And who what will happen in November and December is hard to predict. But what I can tell you is that gatherings at this point in time are not allowed by the state and the county,” Munday told Beyond Borders Gazette. “So these kinds of gatherings currently would not be possible. But it is certainly possible that if there is a change in the way the outbreak is going that would change. And since the end of the year is still about five months away, it is certainly possible that the situation could change significantly before that time.”

“Not having a Cattle Call one year will be devastating for them financially since it would be hard for them to bring back sponsors and continue with the event,” Kelley said.