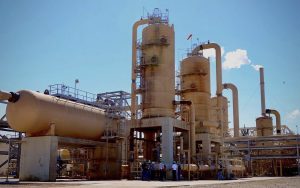 EL CENTRO, CALIFORNIA.– Tapping into the lithium industry will be the main focus of the County of Imperial for years to come since it is believed that this “White Gold” will bring the much-needed economic development boom for the region with the collaboration of the State and Federal Government and university institutions. That is why the Imperial County Board of Supervisors took the first step of this bold plan by approving the Lithium Valley Economic Opportunity Investment Plan at their Feb. 15 meeting.

Imperial County has long been a producer of geothermal energy helping power California’s economy. The region also produces over $2 billion a year in agriculture products (livestock and crops). In recent years, it has been determined that the region holds significant lithium/rare-mineral resources which are in high demand as a consumer for electric-powered vehicles and portable electronic expands.

It is estimated that Imperial County may hold as much as fifteen million metric tons of lithium in addition to other rare minerals made available in the extraction process. Geothermal production may expand to between 1,500 MW and 3,000 MW over the next 10 to 15 years. Geothermal production and lithium/rare-mineral mining are combined industry activities.

The Imperial County Board of Supervisors has stated goals for economic development to increase economic opportunity for its residents. The Lithium Valley Economic Opportunity Investment Plan provides a “game plan” for the County to pursue economic investment from industry and partnership expectations from the State of California and the United States Federal Government.

Lithium is a vital mineral in the rechargeable batteries used by consumers in portable computing devices, electric vehicles, and battery storage. More than eighty percent of the world’s raw lithium is mined in Australia, Chile, and China. Currently, China controls more than half of the world’s lithium processing and refining and has three-fourths of lithium-ion battery mega factories in the world, according to the International Energy Agency.

Today, the United States has only one percent of global lithium being mined and processed, according to the U.S. Geological Survey. Imperial County, California is blessed with an abundance of Geothermal Brine at the Salton Sea. The earth-heated brine is rich in critical minerals needed for the production of batteries and alloys, including lithium, manganese, and zinc.

Industry professionals estimate there may be as much as fifteen million tons of lithium in the Imperial County that would take 50 to 100 years to extract.

Additionally, there is an estimated 1,000-1,500 MW of additional geothermal energy generation available. The mining of lithium in addition to geothermal power energy generation provides the opportunity for the United States to have greater control over needed material in the supply chain for electric vehicles and consumer/commercial electronics while providing greater stability to the energy supply.

The infrastructure Investment and Jobs Act of 2021 provided $1.2 trillion of future spending from the United States Federal Government on various programs and projects. Included in this is about $550 billion of direct spending on infrastructure projects. Imperial County’s Lithium Valley Economic Opportunity Investment Plan needs direct involvement and investment from the Federal Government.

Imperial County needs an allocation of $550 million to provide for road and bridge infrastructure to portions of the region where lithium mining and renewable power generation occur. This will provide the opportunity to increase access safely for production equipment and construction/operational personnel.

An estimated 15,000,000 tons of lithium will be extracted over the 50 years plus period. Some of this material will be used directly in the midstream. Ultimately almost all either upstream or midstream products will be exported out of Imperial County to end-users.

Rail is an efficient and effective means to move these materials and goods. Imperial County needs $1 billion of railway upgrades in the form of additional tracks, loading, and siding infrastructure.

“We have what someone described as the Saudi Arabia of lithium right here in the state of California down in Imperial County near the Salton Sea,” Newsom remarked.

Imperial County agrees with the governor’s assessment and Lithium Valley can produce those valuable resources in an environmental-conscious way.

Each proposed lithium extraction plant would be a closed-loop system, without the creation of open pits or solar evaporation ponds. California and the United States can secure a strategic mineral resource and promoted environmentally-friendly business practices.

Imperial County will request the support and funding for a California Polytechnical University (CalPoly) that will help train engineers and chemists to work in geothermal and lithium development. The campus could be located in a property located in Brawley, California donated by a landowner.