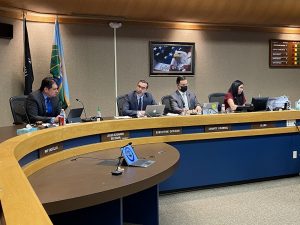 The New River and Tijuana River environmental problems have been complex since it requires federal and binational collaboration but a new bill introduced in the State Assembly might give well-needed funding for its restoration.

Funds would need to be consistent with CalEPA’s Border Affairs Program to build with the collaboration with the federal government, the government of Mexico, the state of California, and the municipalities of Tijuana and Mexicali.

“AB 2248 proposes to appropriate a larger fund to take a more holistic approach addressing the watersheds near the U.S.-Mexico Border rather than peruse incremental progress,” said Imperial County Board of Supervisors Chair Jesus Eduardo Escobar. “The health of our residents depends on mitigating this disaster, and a dramatic investment can make any meaningful change.”

Related to the Tijuana River, decades of impaired water quality have resulted in downstream health risk and economic impacts. The water quality is impacted by many sources including sewage released six miles south of the border from Punta Bandera and infrastructure failure in Tijuana that drains wastewater into the Tijuana River Estuary and Coastal Zone.

The New River is a binational waterway that was formed after the Colorado River broke through a series of dikes and extensive flooding occurred in the Salton sink. The River starts in Mexicali, Mexico, then flows north into the United States through Calexico, continuing through Imperial Valley before draining into the Salton Sea. The river is severely polluted by discharges of wastes from domestic, agricultural, and industrial sources in Mexico and Imperial County.

While significant progress has been made on both sides of the border to improve the water quality over the past few decades, there continues to be raw sewage spilling into the New River and the heavily polluted waterway remains a public health.