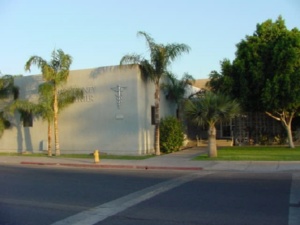 The COVID-19 situation looks to be improving in Imperial Valley but it’s not a time for celebration yet.

“If the trend continues to go down the next week or two we could say we are getting better but at this point, we are cautiously optimistic,” said Dr. Stephen Munday, County Health Officer during his weekly press briefing.

As of Aug. 3rd, there are 824 active cases in Imperial Valley or a 10.85% positivity rate. This is down from previous weeks were when the positive rate was as high as 19 percent. There are 9,448 total cases so far.

The Imperial County has established strict measures to stop the spread of COVID-19 in response to Gov. Gavin Newsom’s request to help Imperial County and is one of the counties in the State’s monitoring list.

From being in the high twenties positivity rate, Imperial Valley is now on the tens. The goal is to reach 8 percent in order for the county during a seven day period. If reached, the county could once again move to a stage where businesses can open again.

Munday said that they have noticed that people are not testing as much now as it was months ago.

“In the beginning, we had our testing schedule full but now people have stopped going,” Munday said.

There are three Optumserve testing sites in Imperial Valley in Calexico, El Centro, and Brawley.