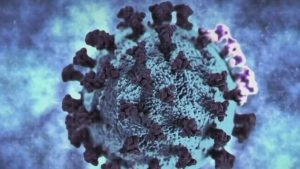 Imperial Valley COVID-19 numbers have improved in the last couple of days but that is not an excuse for people not to continue staying at home or taking precautions.

At a joint meeting held on Jan. 28, the COVID-19 variant was discussed and how the county is preparing for it. Information about the characteristics of these variants is rapidly emerging. The numbers of active cases and ICU capacity have improved but county officials say people should continue protecting themselves.

Dr. Christian A. Tomaszewski from El Centro Regional Medical Center said the people shouldn’t get complacent about the numbers going down. He said that their concern is the COVID variant.

“We are ready here if there is a surge again in Imperial Valley,” Tomaszewski said.

On that note, Imperial County Health Officer Dr. Stephen Munday said that they are taking the specimens to a specialized lab to see what they have here. Munday said they haven’t received a response due to the high amount of specimens from around the state that need to be evaluated.

“The possibility of a surge is a concern so that’s why we are looking at data of the different variants,” Munday said.

According to the Associated Press new variant of the coronavirus emerged Thursday in the United States, posing yet another public health challenge in a country already losing more than 3,000 people to COVID-19 every day.

The mutated version of the virus, first identified in South Africa, was found in two cases in South Carolina. Public health officials said it’s almost certain that there are more infections that have not been identified yet. They are also concerned that this version spreads more easily and that vaccines could be less effective against it.

The United Kingdom variant has been discovered in more than 20 US states and could become the dominant strain in the US by the end of March, top US scientists at the Centers for Disease Control and National Institutes of Health have said.

The virus that causes COVID-19 is a type of coronavirus, a large family of viruses. Coronaviruses are named for the crown-like spikes on their surfaces. Scientists monitor changes in the virus, including changes to the spikes on the surface of the virus. These studies, including genetic analyses of the virus, are helping us understand how changes to the virus might affect how it spreads and what happens to people who are infected with it.