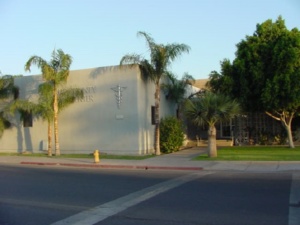 It’s been more than a month since the Coronavirus pandemic started to affect the global economy and the way of life of many people, however a new normal will likely come with it.

California Governor Gavin Newsom said during his daily briefing last week that people should expect a new normal for the foreseeable future as the stay-at-home guidelines are relaxed. While he said he understands the frustration many people are going through and want the economy reopened, he said that his decision to open will be based on science and not politics. California has 30,978 positive cases of COVID-19.

“Ask me in two weeks and I will be able to better respond where we are at,” Newsom said when asked about an exact date to reopen the economy.

There is not set date as to when the economy will open again but Imperial County has begun to work on guidelines. In a press conference held, April 20, Imperial County Public Health Officer, Dr. Stephen Munday, gave some information about opening back again. President Donald Trump released a plan to re-open the economy last week but said he will leave it up each state to decide how to proceed.

“We are working this at the local level but we want to make sure our residents are safe,” Munday said.

The plan is being worked on by Dr. Munday, County CEO Tony Rohoutas and staff from the health department.

The state of Baja California has become one of the top states in Mexico that have most cases of COVID-19, Munday said that they will take into consideration what takes place over there in their decision of how they open again the economy.

“We are taking our information regionally and that includes Yuma and Mexicali so we will take into consideration what happens there in our decision,” Munday said.

When asked about the return of large gatherings, Munday said it will be the last subject considered when making the new guidelines. Los Angeles Mayor Eric Garcetti stated last week that there might be no large sporting events or concerts for one year.

“When this started we saw limitation that went from 500 people to 250, to no more than ten. I believe this will be the last things health officials will be addressing,” Munday said.