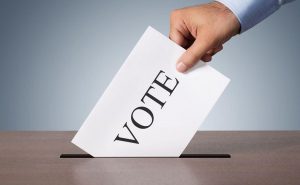 And so, the election 2020 is now officially over as the County Supervisors voted to certify the election results at their Dec. 8 meeting.

An election that was marked by the largest number of women, millennials, and Generation Z candidates being elected to public office concluded and now it’s the time for them to take the oath of office now that the election results are official.

While the Imperial Valley had a 60 percent turnout, it was one of the lowest statewide compared to other counties. There was a total of 57,000 votes cast in this election said Rebecca Terrazas-Baxter, Imperial County Intergovernmental Affairs.

“Despite the pandemic, we saw people casting their ballots. Most of them voted by mail or provisional vote,” Terrazas-Baxter told the board.

Terrazas-Baxter thanked the county staff that worked long hours to make this election a success.

The Imperial County Registrar of Voters (ROV) announced the release of the Final Official Results for November 3, 2020, General Election last week marking the end of a long-fought election season.

Before Election Day, the ROV office identified that an error was made in some ballots issued for Imperial Community College District – Division 4 and Imperial Irrigation District – Division 2.  During the canvassing process, it was determined that approximately 200 ballots were affected.

To correct the error, new ballots were mailed to each affected registered voter within the identified precincts.  Voters were advised to dispose of their original ballots and to submit the new ballot.  Ballots received from affected precincts were captured to ensure voter integrity and eliminate potential voter fraud.

An addendum was created to provide a Summary Report and Statement of Votes reflecting votes cast in the affected ballots. All activity to develop the addendum was done in consultation with the California Secretary of State and representatives from Dominion Voting System.  Impacted candidates were notified immediately upon discovery of the problems by an election official.

“The Registrar of Voters wishes to thank the public for their patience and support during the unprecedented canvassing process of the General Election,” said Lindsay Dale, Imperial County Public Information Officer.

In the El Centro City Council race, Councilman Edgard Garcia took the third spot during the final tally. Mayor Efrain Silva lost his re-election bid. The new council will be made by Martha Singh-Cardenas, Sylvia Marroquin, and Edgard Garcia.

On the Imperial Irrigation District race, JB Hamby and Javier Gonzalez won their respective elections. The Ortega-Gonzalez race was very close days after the elections but Gonzalez now has a commanding lead over the incumbent.

On the Imperial Valley College Board, Isabel Solis, Jerry Hart, and Annette Gonzalez-Buttner won their elections.