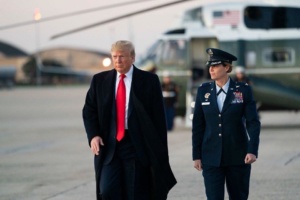 The time arrived after many allegations and the articles of impeachment have been submitted by the House of Representatives.

Here are partial articles of impeachment.

Resolved, That Donald J. Trump, President of the United States, is impeached for high crimes and misdemeanors and that the following articles of impeachment be exhibited to the United States Senate:

ARTICLE I: ABUSE OF POWER

Using the powers of his high office, President Trump solicited the interference of a foreign government, Ukraine, in the 2020 United States Presidential election. He did so through a scheme or course of conduct that included soliciting the Government of Ukraine to publicly announce investigations that would benefit his reelection, harm the election prospects of a political opponent, and influence the 2020 United States Presidential election to his advantage.