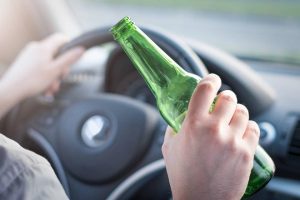 New national reports highlight the need to end college impaired driving.
The report cites an increase in alcohol and drug-impaired driving among 18-24-year-old’s

Students Against Destructive Decisions (SADD), released a new report highlighting the increased risk for college-age students as it relates to alcohol and drug-impaired driving. The report highlights that alcohol and drug use has increased on college campuses in recent years, showing a dramatic increase in those 18-24 who admit to consuming drugs, alcohol, or both and then get behind the wheel.

With funding from the National Highway Traffic Safety Administration, SADD conducted an in-depth review of the status of impaired driving on college campuses and communities across the country. Data from the Fatality Analysis Reporting System (FARS) shows year-over-year increases in alcohol and drug driving crashes among drivers 18-24 years in age.

The report interviewed college students across the country and inquired into their perception of impaired driving. The report highlights the low risk that students associate with drugged driving, especially drug driving as it relates to marijuana use.

The report lists several recommendations from SADD for residential, community, and trade school campuses to increase their education and enforcement efforts to curb this increase in college-aged impaired driving. Specifically, SADD recommends infusing impaired driving prevention education into the patchwork of alcohol education that some campuses provide.

“Impaired driving is the silent health public crises of our time,” said Rick Birt, President, and CEO of SADD. “For four decades, SADD and other organizations have worked to lower the stats. While we’ve made progress, our National Report shows the remarkable work still left to be done with young adults ages 18-24.”

SADD released this report in Sacramento with partners from across the state. The California Department of Alcohol Beverage Control (ABC) joined SADD student leaders, as well as other national experts in roadway safety, for a virtual event to release the report. December is Impaired Driving Prevention Month and includes the Law Enforcement Mobilization, Drive Sober, or Get Pulled Over, led by the National Highway Traffic Safety Administration. SADD supports this campaign. Funding for the College-Impaired Driving National Report was provided by the National Highway Traffic Safety Administration.