IMMORTAL LEGENDS, A STEP AWAY FROM REALITY?

By: Dr. Elton Gomez, a specialist in regenerative medicine.

A legend, in the literary sense, is a narration of a real or imaginary event adorned with fantasy elements, which can be initially shared orally and later in writing.

In a legend genre, there are legends about immortal human beings, or that have been extremely long-lived, in practically every culture, such as: Uruk, teacher and adviser to King Gilgamesh, who was the first historical reference to an immortal human being, the legend of Uruk simply reads like this “he was a normal person, only he could not, nor grow old, nor die” and from there we find more immortals, which would be too many to talk about in this article, from the Tibetan monks who say they have lived thousands of years, Koshkei “the immortal” of Russian folklore, the nine immortal women of Enkidu, Karún of the Etruscan culture, Veles, of the Slavic culture, The Count of Saint Germain, Apocalypse and Salvage Vandal, of the Marvel and DC universes respectively and the many legends of creatures such as vampires and werewolves, who are essentially immortal beings.

Likewise, objects are also mentioned, artifacts or places capable of granting immortality to anyone, such as Rapunzel’s hair in the movie “Tangled” the fountain of eternal youth, sought by Ponce de León on an expedition in Florida, or the mythical “philosopher’s stone” sought after by Nicolas Flamel and other alchemists of the Middle Ages.

However, although human being’s unconscious longing for immortality has manifested itself in all these forms, there has never been a real approach to the idea that a person could reach that goal until now. 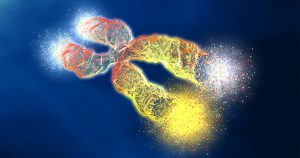 More and more scientists believe that biological aging is a disease since there are mechanisms that prevent it by acting normally in each organism, mechanisms that, however, over time lose effectiveness and stop working, and that gradually stop working until we reach the state of deterioration that is familiar to all of us known as “aging”, the decline of physical and mental functions that we all assume as something normal and therefore inevitable.

But throughout history, biological aging indicators have been identified (telomeric shortening, genomic instability, altered intercellular communication, epigenetic alterations, cellular senescence, mitochondrial dysfunction, nutritional dysregulation, and loss of proteostasis, among others) and the factors that counteract them, through the knowledge of these data they can carry out interventions through which it can be achieved, not immortality, but a longer period of youth within a longer life.

Around the world, there are people and teams dedicated to unlocking the secrets of biological aging, and in various places, they are reaching the same conclusion: There is no biological reason to avoid slowing down aging and lengthening human life.

In conclusion, it may be that one day, thanks to gene editing, Yamanaka factors, improvements in hygiene and nutrition, immunoregulators, or implemented with a pill we take daily, we can lead extremely long and happy lives. Thank you.