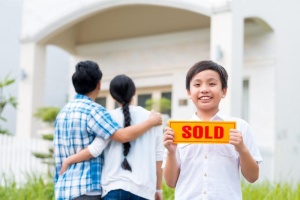 WASHINGTON (April 11, 2017) — The housing and neighborhood location choices of immigrants will have a significant impact on urban growth in the U.S. for decades to come, particularly as more foreign-born residents seek to own homes in suburban communities, according to new research from the Urban Land Institute’s Terwilliger Center for Housing. Homebuilders and developers who can deliver the housing options immigrants want and need stand to benefit in the years to come.

Home in America: Immigrants and Housing Demand examines the influence of immigrants in shaping urban growth patterns, particularly those who have entered the U.S. since the Great Recession (since 2010, the number of immigrants from Asia has surpassed those from Latin America). “Immigrants have helped stabilize and strengthen the housing market throughout the recovery,” said Terwilliger Center Executive Director Stockton Williams. “Immigrants’ housing purchasing power and preferences are significant economic assets for metropolitan regions across the country. This suggests the potential for much more growth attributable to foreign-born residents in the years ahead,” he added.

Among the key findings from the report:

The findings in Home in America are drawn in part from analyses of the housing and neighborhood preferences of immigrants in five metropolitan areas that represent different types of immigrant gateways:

Home in America points out that the presence of immigrants could help boost revitalization in economically challenged suburbs; sustain the success of stable middle-income suburbs; and contribute to the growth and diversity of established high-end suburbs.

“If recent shifts in immigration flows continue, an increase in higher-income immigrants – including rising numbers from China and India – could accelerate the demand for homeownership among the foreign-born population,” the report says. “Without sustained immigration, the housing market could weaken and in many markets the impact could be dramatic.”

About the Urban Land Institute

The Urban Land Institute is a nonprofit education and research institute supported by its members. Its mission is to provide leadership in the responsible use of land and in creating and sustaining thriving communities worldwide. Established in 1936, the institute has more than 40,000 members worldwide representing all aspects of land use and development disciplines. For more information, please visit uli.org or follow us on Twitter, Facebook, LinkedIn, and Instagram.

-Editorial The Imperial Irrigation District Board of Directors, during its meeting of July 6, unanimously …