In Mexico, there is a sense of injustice regarding the international discourse related to drugs and organized crime, particularly from certain sectors within the United States. Sometimes it seems that Mexico is the only culprit in the dynamics of North American drug trafficking.

Yes, Mexico produces illegal drugs. But who consumes them? Yes, Mexico has criminal groups that generate a high homicide rate in the country. But where do the weapons they use come from?

The issue of drug regulation is really complex and causes hectic discussions even at the dinner table. Whole decades of prohibition accompanied by bloody persecution in Mexico and imprisonment of small distributors in the United States have not translated into good results. But it is not clear whether the legalization of drugs would be beneficial for society. The first conclusions of the regulation of marijuana— a “soft” drug—are just beginning to be drawn in states like Colorado and Washington, and they are anything but definitive.

In any case, it will be difficult for Mexico and the United States to legalize all recreational drugs in the short or medium term, and it also seems unlikely that the huge American demand for them will decrease in the near future.

What seems more feasible, with respect to the phenomenon of violence and organized crime in Mexico, is to make greater efforts to stop the traffic of firearms into Mexican territory through the border with the United States. According to the Ministry of Defense of Mexico, about 70% of firearms used in Mexico to commit violent crimes come from the northern neighbor.

On different occasions in the last 10 years, Mexican authorities have asked the US government to block illegal arms trafficking to Mexico. But only recently has such a request been placed at the top of Mexico’s priorities in the dialogue with the United States.

In September of last year, Foreign Secretary Marcelo Ebrard formally asked senior officials in the United States, including Secretary of State Mike Pompeo, to carry out more intensive work in order to freeze the trafficking of arms towards Mexico. This, as reciprocity of the recent Mexican efforts to contain undocumented migration to the United States and as part of a binational cooperation agenda to eliminate violence in our countries. 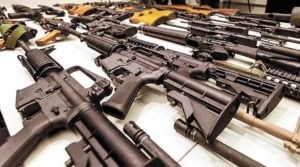 The United States government has responded positively and, for the time being, has implemented checkpoints on the American side of four border areas: San Diego-Tijuana, El Paso-Ciudad Juarez, Laredo-Nuevo Laredo, McAllen-Reynosa and Brownsville-Matamoros.

The objective is not easy, as traffickers use different methods to smuggle weapons into Mexico: secret compartments in cargo trucks; shipping through tunnels located at the fringes along the border; and, above all, with the “mules” system — whereby thousands of different people transport some weapons or parts thereof in private vehicles.

To achieve concrete and substantial results, cutting-edge technology and smart strategies that detect firearms will be required. But it will also be important that entry to Mexico is not overly hampered since the fluid traffic of people and vehicles is essential for the border population and its economy.

We are once again facing challenges that go beyond the national scope, and that will only be solved through robust and sensible binational cooperation. Mexico and the United States have much to do to weaken organized crime, especially in Mexico, and only through joint efforts will the security prospects of Mexicans improve.