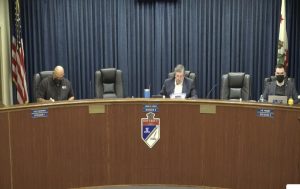 EL CENTRO, CALIFORNIA.– Looking for more ways for IID customers to save more energy and be more conscious about how they consume electricity, the Imperial Irrigation District Board of Directors scheduled a public workshop to inform the public of the upcoming program called Time-of-Use rates.

In September 2020, a selection panel conducted evaluations through a secondary request for proposals process and awarded NewGen Strategies and Solutions, LLC to perform a retail electric and wholesale transmission cost–of–service study and rate design structures tailored for the Imperial Irrigation District. The primary rate design focus was to structure Time-of-Use (TOU) rates that would assist with the control of energy load requirements during the peaking hours when energy prices are soaring and energy supply is limited on the electric grid.

Utilities have established TOU rate structures with a common goal to send price signals to the customers to incentivize customers to consume energy during times when the cost of generating electricity is lower.

TOU rates are designed for customers to pay for energy consumption over the day. The goal of the time-of-use rates is to better align the electric retail rates with the internal cost of energy, as well as give consumers more control over their electric consumption and costs.

This workshop held by the board is part of an outreach to inform the citizens about this subject. Public outreach communications in Imperial Valley and Coachella included English and Spanish through various media outlets.

The Time-Of-Use rates are electricity based on the time of year, hour, day, and the costs of electricity. TOU rates could give the customers the choice to save on their monthly electric bills by shifting energy use to lower cost, off-peak hours. These rates also give IID a proven way to reduce peak demand, which enhances the electric system’s reliability and maintains energy affordability for all of our customers. Electric rates are aligned with costs seen by the utility cost in the market.

The price of electricity is lower when the demand for the electric infrastructure is lower; prices are higher when the demand is highest. Rates for electricity is much lower, approximately 80% or more of the time. Prices are higher during a specified on peak-period (typically weekdays, late afternoon) when the IID system and California experience maximum energy demand, highest costs.

Specify on-and-off periods, allowing customers to adjust consumption accordingly to save money and reduce costs on the system. It also further incentivized the use of electric vehicles, reducing ownership costs.

Implementations of the design of the TOU rates are bills are estimated to be ready by the beginning of 2023. Should the TOU rate structure be approved, it is estimated that the summer of 2023 would be the first opportunity for TOU rates to be offered.