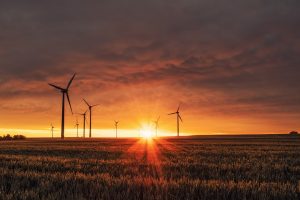 The Imperial Irrigation Board of Directors had a lengthy discussion about the future in the Coachella Valley that includes finding more ways to represent the area or leave once and for all.

In a resolution introduced by Vice-President JB Hamby, he called for the formation of the Coachella Valley Energy Commission to address and improve the needs of Coachella Valley ratepayers and avoid having the IID being taken over by outside forces that could change the governance of the District.

“It’s a local solution for a local problem,” Hamby said.

The resolution was approved having Director Norma Galindo voting against it and Director Alex Cardenas abstaining.

“I would like to apologize to our Coachella employees who are hearing this for the first time as well as to my energy commissioners. I didn’t know there was a resolution coming. My phone has been ringing all day asking me what the heck is going on?” Director Cardenas said.

Cardenas was very vocal against this item saying that there was too much information in the resolution that needs to be analyzed and asked for this item to be postponed until the next meeting.

“Let’s not work like a vacuum and let’s postpone this for one more meeting,” Cardenas said.

Director Javier Gonzalez responded that he has been asking for the IID to leave the Coachella Valley since Chad Meyes bill has been moving on the California legislature and needed to take action.

To that, Cardenas responded that he has received e-mails from Gonzalez that include other directors asking that the IID leaves Coachella as soon as possible.

“I want to be removed from those emails sent by Director Gonzalez canvassing other directors and asking them that we leave the Coachella Valley,” Cardenas said to which Gonzalez responded: “You admit you received the e-mail so you knew this resolution was coming.”

Board President James Hanks said that they need to protect the IID and their water rights from state legislation that could affect their board governance.

“We have serviced the Coachella Valley for many years and this approach can help stop spending millions in attorney fees to defend ourselves,” Hanks said. “This is a good idea now lets hope they can join us.”

Since 2003, a total of five bills have been introduced in the California Legislature to address concerns related to political representation of Coachella Valley ratepayers and continued energy service in the Coachella service area after the expiration of the 99-year agreement. Assemblyman Chad Mayes has introduced three of those bills over the last three years. The current bill, AB 1021, seeks to appoint an ex-officio Director from Coachella Valley and requires a joint study by the Local Agency Formation Office of Riverside and Imperial Counties on the extension of elected representation to Coachella Valley ratepayers and study options for continued energy service at the expiration of the 99-year lease.

Assemblyman Mayes has stated the three priorities of the bill are 1) achieving representation for Coachella Valley ratepayers, 2) planning for continued energy service post-2033, and 3) protection of IID’s water rights. AB 1021 fails to meaningfully accomplish each of those goals. The bill violates the spirit and letter of the binding 1934 agreement that sought to achieve separate governance, would mandate ineffective means of providing a greater voice for Coachella Valley ratepayers and planning for continued energy service, and threaten Imperial Valley’s Colorado River water rights by inappropriately installing a Coachella Valley member to participate in IID’s water matters.

IID staff and consultants have determined that opposition strategies to the bill to date have proven ineffective and that it is highly probable that AB 1021 will pass the Assembly, Senate, and be signed into law by the Governor unless alternative strategies are pursued.

The resolution seeks to accomplish two things: one, take a proactive step to protect IID’s water rights by developing a mutually beneficial and more effective alternative to continued legislative efforts to alter board governance; and two, prepare defensive measures should the bill be enacted despite IID’s best efforts and alternatives.

The resolution calls for a draft MOU and set bylaws for a Coachella Valley Energy Commission composed of IID Directors and members appointed from the City of Coachella, City of Indio, City of La Quinta, Cove Communities Services Commission, Salton Sea Community Services District, a Coachella Valley tribal reservation, unincorporated Riverside County, and two at-large members selected by the Board of Directors.

The Coachella Valley Energy Commission would serve as a body to deliberate and advise on issues, services, projects, and policies of interests and benefit to IID’s Coachella Valley energy ratepayers that may include grid resiliency, requested community services, planning for growth, and the consideration assessing the localized rate and fee structures to finance higher levels of service as requested above the common base level of service provided by IID.

The Commission would also be tasked to study and develop long-term strategic planning for continued energy service in the Coachella Valley at the expiration of the agreement of compromise in 2033 while examining the balancing area implications of each option, analyzing issues of representation by and for ratepayers, and the estimated cost of providing energy service under each option with special focus on the impact to residential ratepayers and low-income households.

In the event this mutually benefited and more effective alternative to AB 1021 may fail to result in the removal of the bill from the Legislature, the resolution also directs the General Manager, General Counsel, and district staff to immediately prepare a Coachella Valle Exit Plan and legal action as defensive measures to protect the district form the far-reaching and dangerous effects of AB 1021 to the IID, existing agreements, and most importantly to Imperial Valley’s water rights if enacted as law.