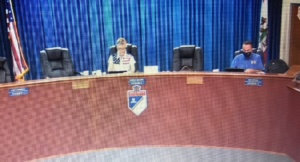 The Imperial Irrigation District Board of Directors approved their annual funding contribution to the Colorado River Board at their July 7th meeting.

The Colorado River Board of California was created by the act of the legislature in 1937 with the purpose of protecting the rights and advancing the interests of the state of California, its citizens, and the water agencies with respect to the use of Colorado River water. The expenses of the board have been funded since 1950 by the Imperial Irrigation District, Palo Verde Irrigation District, Coachella Valley Water District, San Diego County Water Authority, Metropolitan Water District of Southern California and the Department of Water and Power of the City of Los Angeles, also known as the Six Agency Committee, under the terms of an agreement originally entered into by these parties on January 5, 1950.

The IID is responsible for 28.75 percent of the board expenses, which total $2,778,500 in the draft 2020-2021 fiscal year budget. The Colorado River Board anticipates using $478,500 from refunds and credits associated with prior years’ unspent monies, assessments, and reserves though, which results in a revised 2020-21 funding total of $2,300,000. The individual draft for the budgets is $2,750,000, respectively, with reductions due largely to COVID-19 travel limitations that will prevent the hosting of an annual four, with IID’s contribution totaling $661,250 after the use of prior years’ assessment balance.

The funding agreement, as amended, prorates the six agency contributions as follows:

Department of Water and Power of the City of Los Angeles 8.00%