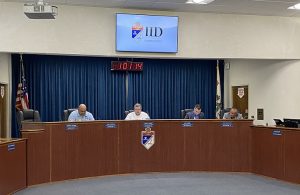 The Imperial Irrigation District Board of Directors held the first of a series of workshops before the adoption of their annual budget at their Oct. 4th meeting.

Rate revenues are up 2.4 percent as a result of fuel and purchase power costs. Energy Cost Factors (ECA)-stabilized at approximately $0.035 percent Kwh and it is projected less than a one percent growth in 2023 load compared to 2022.

For the Water Department budget, water sales are flat or flighty increasing. Strong agricultural markets are anticipated to continue due to statewide and regional drought conditions. Reservoir operations forecast IID will have a supply in 2023, however, there is much uncertainty associated with the declining Colorado River hydrology and federal demands for near-term voluntary and/or regulatory actions to protect critical reservoir elevations that are under development.

For example, the San Diego County Water Authority transfer revenue volume of 200,000-acre-feet in 2023, and the Coachella Valley Water District transfer volume of 88,000-acre-feet continues to ramp up in 5,000 increments through 2026.

Delays in certain capital projects and related lower expenditures in the large operational reservoirs and AAC seepage projects but the continued implementation of interties, seepage recovery, canal lining projects, and mid-lateral reservoirs from 2023-2026.

Funding from water transfer from Water Department operations is $43 million

The recommendation for the 2023 budget is to continue to hold water operations reserves at industry standards, recommend returning to a floating ECA, and continue to monitor closely Energy Department reserve levels.