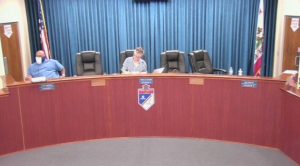 The Imperial Irrigation District Board of Directors discussed the Farm Bureau Total Maximum Daily Load Program funding request at their Oct. 6 meeting.  The IID Board discussed as an informational item about the possible continuation of a partnership with the Imperial County Farm Bureau that has been in place for twenty years.

In 2001, the Imperial County Farm Bureau, Voluntary Maximum Daily Load Program was developed to help irrigated agriculture meet the requirements of the Regional Water Control Board Irrigated Land Regulatory Program, which converted to a conditional waiver in 2015. The Imperial County Farm Bureau and Imperial Irrigation District have formed a coalition to implement a monitoring and reporting program that has been successful in both grower participation and the resulting water quality improvements.

IID has provided a total of $1.425 million in funding to the Imperial County Farm Bureau to implement its Total Maximum Daily Load program. The farm bureau reports that this program has a reserve account that totaled under $295,000 as of October 31, 2019, and explained that approximately $105,000 of these monies came from grant funds prior to 2011. These monies are projected to be utilized in future years as cost increase due to the additional requirements associated with general order. Given the board’s recent direction to identify cost savings from agency memberships and less to mitigate at some level the financial impacts the district in incurring due to an ongoing COVID-19 situation, at the next board meeting staff will recommend a one-year funding commitment of $131,000 in 2021, an 18 percent decrease from the current funding level through the elimination of the $12,000 rental and $17,000 overhead expense line items.

Through its administration of this program, the farm bureau directs and educates farmers on the use of best management practices to reduce the amount of silt and sediment leaving their fields and flowing into both the New and Alamo River. At the same time, the IID has worked diligently toward improving drain maintenance procedures, and an important complement to farmers’ efforts.

Waivers incentivize landowners to participate in a coalition that has been authorized to collect and pay state fees on behalf of its members by significantly decreasing the fee schedule for those that are collation members. Non-coalition discharges must pay $27 per acre for their first 300 acres, plus $13.50 per acre for land in excess of 3000 acres. In 2015, the IID board approved the farm bureau’s request to have IID participate in the development and implementation of a collation group compliance program, authorizing IID staff to collect these state fees on behalf of the coalition so that participating agricultural discharges would obtain waiver coverage at a reduced rate, currently $1.08 per acre.

Farm Bureau Executive Director Brea Mohammed said in a letter sent to the IID Board that the opinion of all parties that cooperation between the Farm Bureau, IID, and the Regional Water Quality Control Board is necessary to achieve the goals as established by the State Water Resources Control Board.

“Because of the success we have experienced in bringing the agricultural community together to achieve our goals and challenges ahead with the future adoption of an Imperial Valley General Order, we feel it is essential to continue the IID-ICFB Coalition,” Mohammed said in the letter.