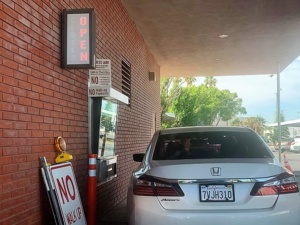 The Imperial Irrigation District has been financially affected by COVID-19 as cash flow has decreased compared to last year.

The IID Board of Directors met on June 2 to hear a presentation about how the IID has been affected by COVID-19. The closure of stores and industry has affected the economy of many families in the Imperial Valley that have left the effects of this pandemic. The loss of jobs and wages has taken a toll on people but the IID was flexible in response to COVID-19. The IID announced in March that it would temporarily suspend all-electric service disconnections due to non-payment for residential and commercial customers until further notice.

The IID kept service walk-in centers open during COVID-19 in all of their locations in the Imperial Valley. But with all of this flexible help the IID provided to its customers, there was a decrease in their finances during the last three months.

IID General Manager Henry Martinez spoke about the financial situation and has seen a decline in collections of payment energy. Martinez gave a brief overview of how the revenues as of May 22nd have decreased during COVID-19. This has affected the General Fund as many ratepayers have been delinquent with their payments.

According to numbers given by Chief Financial Officer Belen Valenzuela, revenue-rate payers customers have gone down compared to the same time last year by 14.25% or $9,737,716.

Low-income applications have increased by 19 percent during this pandemic crisis while 46% of Imperial Valley residents are at risk to have their power disconnected.