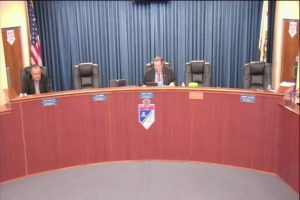 The Imperial Irrigation District Board of Directors reviewed a water-related action item that would update a regulation that has not been changed in nearly three decades.

The Agricultural Water Advisory Committee, Farm Bureau, and certain IID water users have requested updated leaching regulations to clarify the leaching criteria and the distinction between water typically applied for leaching between crops and the on-farm efficiency program crop season, in anticipation of summer cropping and irrigation water management decision-making.

Regulation 20 was last revised in 1994 to address reclamation leaching which is the method of removing soluble salts from the soil using the downward movement of water, in the poorer quality ground, and other long-term leaching procedures using deeply ponded water. IID staff has proposed changes that provide for updated leaching practices and remove outdated administrative processes no longer in use by the Water Department; this will allow for more consistent and accurate use of the crop water code for leaching irrigation events, said Ben Brock, Superintendent of Agricultural Water Resources.

Additionally, the on-farm efficiency conservation program crop season definition does not recognize the distinction between water coded as leaching and water coded as flooding; any water applied after the end of one crop is automatically considered against the next crop season. Any changes to the handling of water between crops must also ignore, at least for historical crop seasons, the uncertain coding of past leaching events to ensure that current crop seasons are calculated consistently.

The interaction between pre-plant irrigation events and the subsequent crop’s baseline is complex, but the elimination of improperly coded leach water and the improved distinction in the delineation between leaching events and the start of the crop season will facilitate growers’ efforts to sustain or improve filed of productivity, Brock explained.

Since the handling of water between crops is defined in the program description, updates must include exclusion of water applied more than 30 days before planting from the crop season calculation, deletion of text related to multiple-year contracts, and correcting the baseline period to reflect prior board direction and actual practice using the ten years historical period of 2003-2012.

It is believed that adopting these changes will modernize IID’s regulations and make it easier for participants to understand the on-farm program’s calculations of crop water use while reducing grower concerns that discourage essential irrigation practices. The item will come back for approval next meeting.