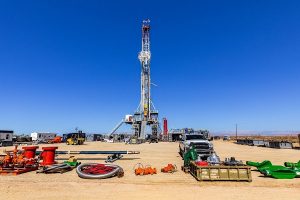 In another effort to capitalize on the upcoming “white gold rush” in the Imperial Valley, the Imperial Irrigation Board of Directors approved the sale and purchase agreement with Hell’s Kitchen Geothermal, LLC at the March 1st meeting.

The project aims to help with lithium extraction and be a resource for the ambitious project Imperial County decided to undertake.

To allow for further development by HKG in this area, IID entered into negotiations with HKG to transfer approximately 3,144,76 acres, including the 1,880 acres currently under lease with HKG.

Under the attached proposed transfer agreement, IID protects its rights and its ownership of the subsurface resources. HKG will own the surface of the land, but the transfer will be subject to three reverter options whereby IID may reacquire title to the land if certain milestones are not met by HKG or a successor. The Section 11 reverter is for the commercial operation of a minimum 49.9 MW geothermal plant by July 15, 2024.

The reverter is tied to the rest of the property and is for the commercial operation of facilities for an additional 200 MW and 20,000 tons of lithium product and providing IID royalties from both by 10 years after the transfer. The third reverter is tied to the entire property proposed to be transferred and is for the extensions and interconnections of the drains on or discharging to the property or provides the funds for IID to complete such work by 10 years after the transfer.

The proposed transfer is for $500, but a significant unknown amount of royalty payments will be paid to IID for the successful production of the geothermal and mineral resources. The proposed transfer incentivizes putting the land resources to use rather than sitting idle, but also gives IID the ability to ensure future development if HKG does not develop the land as anticipated.

CTR’s Hell’s Kitchen Lithium and Power project is situated within the heart of the largest known geothermal resource in the world. The Salton Sea Geothermal Field in Imperial Valley, California represents a robust and defined geothermal power and mineralized brine resource.

The Project is strategically located in an established geothermal infrastructure and production hub with potential connectivity to existing rail lines, major interstate highways, and access to water and electrical interconnection.

Controlled Thermal Resources’ leadership team has developed and managed world-scale renewable energy projects in the Salton Sea region for over 25 years. This location-specific, highly specialized knowledge has been instrumental in the development of CTR’s projects.

lithium extraction, environmental and social compliance, and construction to deliver its projects.