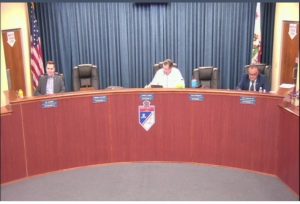 After listening to the concerns and feedback of the people of the Coachella Valley regarding the formation of a new energy commission, the Imperial Irrigation District Board of Directors made some changes to the new Energy Commission bylaws.

By a vote of 3-2 having Directors Alex Cardenas and Norma Galindo voting against it, the board showed once again their bitter divisions regarding the formation of this commission.

The Commission will consist of 14 Commissioners, all with equal voting privileges, representing the IID Board, the cities of Coachella, Indio, La Quinta, the Cove Communities Services Commission, Coachella Valley Tribal Nations, at-large members, and both Riverside and Imperial counties.

However, during the July 20th IID meeting, the IID board of directors approved an amendment to the bylaws as recommended by IID Director John Brooks Hamby. There were several written communications by community stakeholders regarding suggested revisions to the Coachella Energy Commission that incorporate revisions suggested by the city of Indio and others regarding the means of funding for the commission and other verifications.

In a letter sent by Indio City Manager Bryan Montgomery, he suggested that capital investments support economic development investment in the valley.

“The Commission itself should be tasked with creating a budget for its work and making a proposal for allocating costs,” Montgomery stated in the letter.

The revisions include the reduction of IID membership on the Commission from five to two, clarified a provision about voting, and the status of financing at the dissolution of the commission have also been incorporated.

Director Alex Cardenas questioned some of the changes in section 8 of the bylaws and asked if this was a conflict of interest. This was the start of a shouting argument with Director Hamby who answered Cardenas’s concerns about the section.

“This was a change made based on your recommendation, Director Cardenas,” Hamby said.

Cardenas asked Board President James Hanks that he didn’t want to be interrupted by Hamby anymore.

“If Director Hamby wants to rebuttal he can do it but only after I’m finished with my remarks, President Hanks. I’m not enjoying the decorum in this,” Cardenas said.

Cardenas said they were promised to have a revenue-neutral cost for this commission but now the commission will fall on the ratepayers back.

Hamby denied this remark saying that the board eliminated the fee item upon the request of Cardenas at their last IID meeting in Coachella.

“You will not vote for this either way,” Hamby shot back.

Director Javier Gonzalez backed Hamby saying that Director Cardenas did say he would vote against it if the fee stayed as-is.

President Hanks said the General Manager will come back with a budget plan for the commission.

For his part, Director Gonzalez said he hopes that with this commission the people of Coachella can be heard.

“I hope Assemblymember Chad Mayes and Eduardo Garcia see that we are doing our best to provide representation. Hope Mr. Garcia sees that Chad Meyes is doing this for politics only,” Gonzalez said.

Hamby hoped Assemblymembers Garcia and Meyes attend the first meeting in Coachella now that they are in recess.