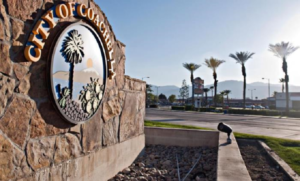 The Imperial Irrigation District Board of Directors approved funding for the Coachella Valley Economic Development Partnership at their regular meeting.

The Coachella Valley Economic Development Partnership was established in 1994 as a regional economic development entity. Its mission includes growing the regional economy of the Coachella Valley through business attraction, retention, and expansion of services. CVEP was seeking IID’s continued partnership at the $20,000 level for 2020, and an additional $5,000 in sponsorship for the 2020 economic summit.

The communities served by CVEP in the IID electrical service area include the cities of Coachella, Indio, La Quinta, Rancho Mirage, Palm Desert and the unincorporated parts of eastern Riverside County. Through its innovation hub and business service divisions, CVEP provides direct business planning, counseling and access to capital in the forms of Small Business Administration loan packaging, micro-loan or crowdfunding assistance to businesses and entrepreneurs in the IID service area. Currently, the Coachella Valley iHub and Accelerator Campus are both full and CVEP is working on launching a Digital Innovation Hub that will prepare students in areas like engineering, cybersecurity, and finance.

Fostering manufacturing in the Eastern Coachella Valley and Thousand Palms will benefit the rate structure offered by the IID, the proposal read.

The $25,000 commitment will give the IID a seat on the board of directors and will have more promotion in their social media, newsletter, investor blog, online advertising and an interview on iHub Radio.