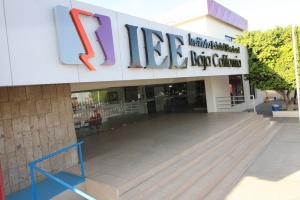 The General Counsel of the State Electoral Institute of Baja California (IEEBC), held its XXIV Extraordinary Session this Thursday afternoon, in which the commission submitted three opinions to the consideration of the members of the plenary session, among which number 61 stands out, relating to the appointment of the Acting Secretary-General of the State Steering Committee and the dissolution of the Social Encounter Party of Baja California.

In this sense, the party must comply with the obligations in matters of supervision established by the laws and regulations of the IEEBC, regarding the liquidation of Local Political Parties.

At the session, the appointment of C. Luz Elena Fonseca Rentería as Secretary for the Political Promotion of Women of the State Executive Committee of the Baja California Party was also approved; also, a response was given to the query formulated by C. José Raúl González Silva, a doctor by profession, candidate for the Ensenada City Council for the political party MORENA, if he should separate from his positions as an employee in a public hospital and professor at the Autonomous University of Baja California.

In this regard, it was determined that registering in a political party to participate as an aspiring candidate for a position is a very personal act, in that sense, it was emphasized that any person who is within the assumptions of eligibility indicated by the regulations and I wish to participate as a candidate for an elected position, you must separate from your position provisionally, or in your case permanently, 90 days before the election, that is, no later than March 7 of this year.

Finally, the point of agreement presented by the President Counselor of the IEEBC, Luis Alberto Hernández Morales, was approved unanimously, approving the modification of article 39 of the Guidelines for the registration of candidacies for Governor, Municipalities and Provincial Councils by the principle of relative majority presented by political parties, coalitions, as well as candidates for independent candidacies who have obtained the proof of percentage in favor for the Ordinary Local Electoral Process 2020-2021.