Breaking News
Home / Education / HYPER-DOLLARIZATION: THESE FACTORS HAVE HELPED THE MEXICAN PESO TO RESIST AGAINST THE FOREIGN CURRENCY 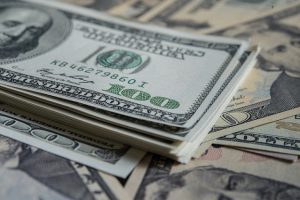 Dollarization is a strategy supported by several countries at different times in their history, particularly those that are developing, which occurs when a country officially adopts the United States currency, the dollar, as its legal tender.

Another way to dollarize an economy occurs when informally, faced with the loss of value of its currency due to high inflation and/or its depreciation against other currencies, the people of a country decide to accumulate dollars.

“This is a strategy adopted by families and consumers in the face of the price and financial uncertainty in their countries,” explained Professor Alejandrina Barajas Ramos, a researcher at the Northwest Economic Research Center (CIEN) of CETYS University, Mexicali Campus.

In both situations, he explained, the history and the cases in which both official and informal dollarization have been applied show that it is a placebo effect, since at first it can help control inflation, but later it is detrimental to growth. economic of the country.

All economies have two economic policies that can affect the economic growth and development of a country: fiscal and monetary.

Why was this recommendation made and how does it relate to dollarization?

In the 1980s, some central banks massively expanded the monetary base, which is the amount of money circulating in the economy, to finance fiscal spending and help bail out financial sectors after serious banking crises. “These decisions generated high and persistent inflation, which contributed to the loss of purchasing power of people and an increase in poverty.”

Achieving and applying the autonomy of the central bank is not a simple and costless reform for societies, but the countries that opted for it had low and stable inflation rates in recent years, as well as a more solid financial system in the face of economic crises.

“This bet in the 1990s is what has made the difference in the situation faced by the economy of Mexico and Argentina in the current context of high inflation that the world is experiencing,” the expert exemplified.

In Argentina, the Central Bank of the Argentine Republic (BCRA) is an autarchic entity of the national State and its objectives are to promote monetary stability, financial stability, employment, and economic development with social equity.  In the case of Mexico, the Bank of Mexico (BANXICO) is an autonomous entity, whose priority objective is to ensure the stability of the purchasing power of the Mexican peso.

Why the difference between the tasks of both banks?  “Argentina has traditionally been an economy with high interference from the State, which has not considered the autonomy of the central bank convenient for its economic management;  while the Mexican economy underwent a modernization in the nineties due to the process of the Free Trade Agreement with the United States and Canada, NAFTA today T-MEC.  In other words, when Mexico became a commercial partner of the economic power, it had to apply the reform that allowed the autonomy of BANXICO, to generate certainty for foreign investors.”

The autonomy of BANXICO and the retention of control of the BCRA by the State of Argentina is what has made the difference in controlling inflation and the exchange rate against the dollar.  Although the advantages and disadvantages of the objectives of the central banks in the respective economies are debatable, time has proved Mexico right, a country that has been able to control the high inflation rates experienced in the 1980s and early 1990s. the nineties, and where the peso has been able to respond to the economic crises that have arisen without generating contexts of uncertainty in investors or a liquidity crisis in the economy.

Given the current context of high inflation caused by the disruption in supply chains by COVID-19 and Russia’s war against Ukraine, the Mexican economy has a better environment to move forward, since this increase in inflation rates is presented by external dynamics in the international economy.

In the case of Argentina, explained the researcher, its economy already presented an internal dynamic of high inflation because the country spends more than it should, which added to the international environment and the super dollar caused by the moment of uncertainty that is living, contributes to the loss of value of purchasing power and the depreciation of the Argentine peso.

“Because of these differences and monetary decisions in Mexico, which is the second, and in Argentina, which is the third economy in Latin America, it can be affirmed that the situation that Argentina is experiencing could not be replicated in Mexico, since the Mexican economy has greater macroeconomic strength and with greater dollar reserves that shield the Mexican economy from fluctuations in the international economy,” concluded the specialist.