Humanity’s vision towards the environment

For thousands of years most civilizations around the world, and particularly those of Western (European) origin, had the certainty that human beings were the absolute masters of nature.

The Judeo-Christian ideology, completely dominant in Europe since the early Middle Ages and later in the Americas, places humans at the center of creation, and everything on Earth is entrusted to them: “Be fruitful, and multiply, and replenish the earth, and subdue it: and have dominion over the fish of the sea, and over the fowl of the air, and over every living thing that moveth upon the earth” (Genesis 1:28).

This vision of dominion over the environment has been strengthened throughout history. First, it occurred with the development of agriculture and husbandry, which allowed man to control the fate of plants and animals, become sedentary and gradually expand the population. Later, it was strengthened with economic systems that privileged production and consumption: mercantilism, initially, and later capitalism and the free market.

Before the 19th century, there was no widespread concern in Western culture about the negative impact of human actions on ecosystems, particularly through the reduction of certain species or the overproduction of others (for alimentary purposes). Nor was the possibility of altering the climate by industrial activity, through the emission of waste gases, conceived.

Alexander Von Humbolt, a German explorer, and naturist were one of the first individuals who sounded the alarm around the year 1800 when he spoke about possible ecological imbalances derived from human actions. Also at that time the English economist Thomas Malthus began to worry about population growth and the excessive use of natural resources. But their warnings were dismissed for the next several decades. 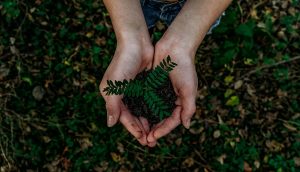 The real catalyst for people and, above all, governments, to pay attention to the problems related to the environment was the discovery in 1985 of the damage that certain chemical components emitted by human activity were causing to the ozone layer.

In 1992 the American writer Daniel Quinn published Ishmael, a famous anthropological-philosophical novel in which, in a very entertaining way, a very intelligent gorilla makes a human see how the myth that “man is at the center of the universe” has been devastating for nature and, in the near future, for Homo sapiens. Quinn helped to change our anthropocentric view of the universe. In that same year, the Rio de Janeiro Earth Summit took place, and in it, countries began to seriously consider the importance of sustainable economic growth and the challenge of climate change.

After centuries and centuries of believing that we could use the planet and its non-human inhabitants without any sort of control, the citizens of the world began to develop environmental awareness. Today, only a small number of conservative-minded people still believe that we can act as absolute masters of the Earth without dire consequences for our species. Most governments—with some sad exceptions—are prioritizing sustainable development. Even the big oil companies, in the face of global pressure but also looking out for their economic interests, are investing in green energy.

The catastrophic fires and hurricanes that we have recently seen remind us that our vision towards the environment has to keep positively evolving. It has to come closer, as Quinn points out in his book, to the one that some indigenous civilizations had before they were displaced or destroyed by colonizers. A vision that does not confront humans with nature, with the aim of subjugating it, but that encourages ecological harmony and respect for other species.