How Women in Leadership Roles Can Change the Workplace

Tijuana Innovadora preparing the largest free digital event in the region: “Tijuana is the Future” 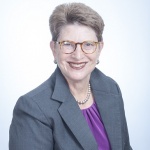 As women have taken on greater leadership roles in the business world, it’s paid off for both them and business.

A study by the Peterson Institute for International Economics found that firms with women in the C-suite were more profitable. Meanwhile, the number of women-owned businesses grew 45 percent from 2007 to 2016 compared to just a 9 percent growth in the number of businesses overall.

But will all those women in leadership roles change the workplace culture to make it more female friendly – and does it matter?

“As a corporate anthropologist, I’m aware of the recent shift in thinking surrounding how cultures should be restructured in order for women to thrive in the workplace,” says Andi Simon, author of On the Brink: A Fresh Lens to Take Your Business to New Heights (www.simonassociates.net).

“This has caused me to ask: What type of culture do women really want and is it that different from what men want, too?”

The results of her research were surprising, she says. It turns out, in many ways men and women want similar things in the workplace. Both prefer a strong clan culture that emphasizes collaboration, teamwork and a focus on people.

So what lessons does that hold for women who start their own businesses or are hired or promoted into leadership positions in existing businesses? 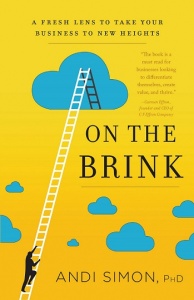 Based on her personal experiences, and what she’s learned from female business leaders she has interviewed, Simon says some of the ways women can succeed when leading an organization and make the workplace more attentive to the needs of both men and women include:

In her research, Simons says she’s finding that the women who know how to create success are not just building better businesses; they are changing the way people work.

“The corporate cultures in women-run businesses reflect the personal beliefs and values of the women leading them,” Simon says. “And those businesses tend to be highly successful.”

Andi Simon, author of On the Brink: A Fresh Lens to Take Your Business to New Heights, is a corporate anthropologist and award-winning author (www.simonassociates.net). She is the founder and CEO of Simon Associates Management Consultants, designed over a decade ago to help companies use the tools of anthropology to better adapt to changing times. Simon also is a public speaker and an Innovation Games facilitator and trainer. She served as a tenured professor of anthropology and American studies at Ramapo College of New Jersey, and was a visiting professor teaching entrepreneurship at Washington University in St. Louis. Simon has appeared on “Good Morning America” and has been featured in the Washington Post, Business Week and Forbes, and on Bloomberg Radio.