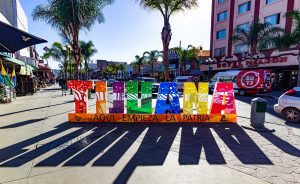 The trend of homicide victims does not change in the municipality of Tijuana, as it is considered a “red” based on figures shared daily by the Baja California Public Safety Board.

“The big issue and concern is in Tijuana, 5 of the 6 homicides reported this time (in the period of 24 hours) were in this city, that’s why the federal government has included it as number one of the 15 municipalities with the highest homicide rates throughout the country,” informed the Technical Secretary of the Security Table, Isaías Bertín Sandoval.

Regarding the specific actions of the GESI, the official explained that, in the port of Ensenada, police detained Iván “N”, José “N”, Nicole “N”, and Graciela “N”, assuring them several doses of methamphetamine packaged by their Illegal sale.

In the matter of Migration, he announced that the National Institute of Migration (INM) reported 101 people in the Integrating Center for the Migrant in Tijuana “Carmen Serdán.

In this sense, he added that daily tours are maintained by personnel from the State Health Secretariat, where it is monitored that measures such as the use of mouth covers, application of the gel, and distancing are complied with; the protocol has been respected and no suspected or confirmed cases of Covid-19 are reported.