Halloween Movies to Watch for a Scary Evening 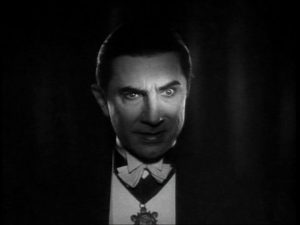 It’s Halloween season and it’s a good excuse to watch those scary movies again now that Trick or Treating will not be possible.

There are many great Halloween movies and nothing beats the originals. Those movies made history and started a cinematic cult following that continues until this day. Here are some of the recommendations to watch this weekend.

Halloween (titled onscreen as John Carpenter’s Halloween) is a 1978 American slasher film directed and scored by John Carpenter, co-written with producer Debra Hill, and starring Donald Pleasence and Jamie Lee Curtis in her film debut. The plot tells about a mental patient who was committed to a sanitarium for murdering his teenage sister on Halloween night when he was six years old. Fifteen years later, he escapes and returns to his hometown, where he stalks a female babysitter and her friends, while under pursuit by his psychiatrist.

Halloween spawned a film franchise comprising eleven films which helped construct an extensive backstory for its antagonist Michael Myers, sometimes narratively diverging entirely from previous installments. A remake was released in 2007, which was followed by a sequel in 2009. An eleventh installment, which serves as a direct sequel to the original film that retcons all previous sequels, was released in 2018.

The Exorcist is a 1973 American supernatural horror film directed by William Friedkin and produced and written for the screen by William Peter Blatty, based on the 1971 novel of the same name by Blatty. The film stars Ellen Burstyn, Max von Sydow, Lee J. Cobb, Kitty Winn, Jack MacGowran (in his final film role), Jason Miller and Linda Blair. It is the first installment in The Excorcist film series and follows the demonic possession of a 12-year-old girl and her mother’s attempt to rescue her through an exorcism conducted by two priests.

The Exorcist was released in 24 theaters in the United States and Canada in late December. Audiences flocked to it, waiting in long lines during winter weather, many doing so more than once, despite mixed critical reviews. Some viewers had adverse physical reactions, often fainting or vomiting, to scenes in which the protagonist undergoes a realistic cerebral angiography and violently masturbates with a crucifix. There were reports of heart attacks and miscarriages; a psychiatric journal carried a paper on “cinematic neurosis” triggered by the film.

Produced and distributed by Universal Pictures, Dracula is the first sound film adaptation of the Stoker novel. Several actors were considered to portray the title character, but Bela Lugosi, who had previously played the role on Broadway, eventually got the part. The film was partially shot on sets at Universal Studios Lot in California, which were reused at night for the filming of Drácula, a concurrently produced Spanish-language version of the story also by Universal.

Dracula was a commercial and critical success upon release and led to several sequels and spin-offs. It has had a notable influence on popular culture, and Lugosi’s portrayal of Dracula established the character as a cultural icon, as well as the archetypal vampire in later works of fiction. In 2000, the film was selected by the United States Library of Congress for preservation in the National Film Registry as “culturally, historically, or aesthetically significant”.

Halloween movies are a thrilling watch year-round, but there’s no better time to enjoy them than when chillier temperatures settle in. Especially now, with the COVID-19 Pandemic changing the way we partake in classic Halloween activities like trick-or-treating, you might need something to redirect you to fictional places where all the horrifying stuff isn’t actually real.

Some films to stream or watch on-demand on platforms including Hulu, Netflix, Disney Plus, Amazon Prime Video, Peacock, HBO Max and others are those that can be enjoyed this season.

We recommend films that require higher-tier streaming subscriptions like Hulu Plus Live TV, or a Showtime or Cinemax add-on.