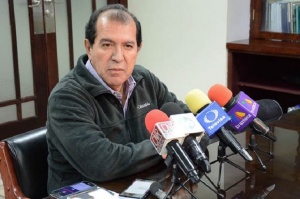 Mexicali, B.C.- The Governor of the State, Francisco Kiko Vega de Lamadrid ordered to direct state resources to cover the third biweekly payroll of this year to the 2,300 administrative and educational workers of the College of Bachilleres of Baja California (CobachBC), with that it is guaranteed that they resume classes normally this coming Monday.

The General Director of CobachBC, Javier Santillán Pérez explained that the payroll that was scheduled for this Friday, February 8, ranges 28 million pesos, of which the federation and the state contribute 50% each but to date the Government of the State has seen the need to cover 100% of the resource.

In this regard, the head of CobachBC explained that due to the change in the federal administration adding the pending signing of agreements between the state and federal levels of government to formalize the budget for the school caused a delay in the resource that corresponds to the Secretary of Public Education (SEP).

“Thanks to the contribution ordered by the Governor of the State and the savings in Cobach’s operating expenses during the three months of this year these commitments are being covered,” said Santillán Pérez.

Finally, the General Director pointed out that next week the agreements that the State Government must sign to define the corresponding federal resource are expected to arrive and with this, the pending contributions will be regularized and all those corresponding to the year 2019.

It should be noted that what SEP owes the CobachBC are $9.8 million for the 2018 fiscal year and $70.8 million corresponding to January and February 2019, with the total Federation debt for $80.7 million pesos.