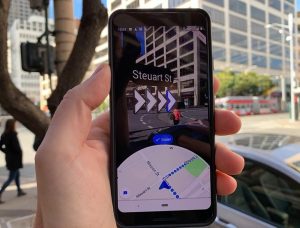 This new feature will be especially useful when moving around in a big city. Most people that travel always have issues moving around in big cities due to fact that everything is unknown. Sometimes looking at the map can be a little stressful, but with Google’s new feature, Live View will show you exactly where to go with augmented reality.