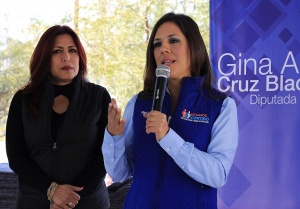 Congresswoman Gina Andrea Cruz Blackledge, prepares more actions in favor of Baja Californians and especially, for all Mexicans this 2018, for the time being, last year, she added 10 rehabilitated public parks, which have transformed the environment of communities.

The president of the Finance and Public Credit Commission of the LXIII Legislature in the Mexican Congress closed 2017 with the rehabilitation of public parks in Solidaridad Social and Misión San Diego neighborhoods, through the good application of federal resources from the program “Fortalece”.

Gina Cruz expressed her commitment to continue working on behalf of Baja Californians in 2018, in which she will redouble her efforts to continue favoring the different communities of Mexicali and with that, continue to transform her environment.

In this passed 2017 there were 10 parks rehabilitated, which now allows thousands of Mexicalians to have a decent space to do their activities, both recreational and sports, or simply to take care of their health, she said.

It is with the participation of Mexicans how great changes can be achieved, she assured, the children have also been involved and have put a great enthusiasm in taking care of their spaces, with which they will grow in a healthy and safe environment.

The Mexican Congresswoman recalled that the money used to perform these rehabilitations, is a product of taxes paid by citizens when making any purchases through the Value Added Tax (IVA), which goes to the safe of federation, however, is through the management of popular representatives, how this money returns to the communities, through works like these ones, which residents themselves have proposed.

The works carried out both at the public park of Solidaridad, and the Mision San Diego neighborhoods, included the construction of accesses, walkers, palm roofs, installation of benches, trash baskets, playgrounds, exercise stations, afforestation, and painting, among others.

It should be noted that at Mision de San Diego, a perimeter fence was installed, as well as lighting by means of a lamp powered by solar energy, in addition to starting this place from scratch, since the land only consisted of trees, and with it, a space for the residents was rescued thanks to the participation of all the neighbors. 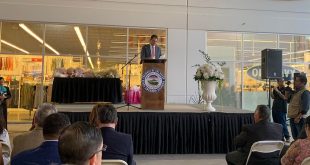