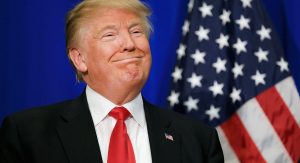 Georgia’s secretary of state announced Wednesday that the state will conduct an audit of the 2020 presidential race, recounting by hand the millions of ballots cast in the state, where President-elect Joe Biden is leading.

Georgia will conduct a statewide recount of ballots cast in the election between President Trump and President-elect Joe Biden, Secretary of State Brad Raffensperger said. Raffensperger, a Republican, said that the state will work with county officials to complete the recount in time to meet its Nov. 20 deadline for certifying statewide election results.

Raffensperger previously said the state, which has 16 electoral votes, was headed toward a recount after Election Day due to a narrow gap between Biden and President Trump. The Trump campaign and Republican lawmakers like Georgia Rep. Doug Collins have been pushing for a manual recount.

“This is a process. It is a process defined by law. These men and women in my office will continue to follow the law and count every legal vote,” Raffensperger said during a Wednesday press conference.

He continued: “With the margin being so close, it will require a full, by-hand recount in each county. This will help build confidence. It will be an audit, a recount, and a recanvass all at once. It will be a heavy lift but we will work with the counties to get this done in time for our state certification.”

White House spokesman Tim Murtaugh offered an optimistic assessment of the recount: “With regard to whether we think these individual cases will turn the election, every time we take a step along this process we believe we are getting closer to our goal and that is the president winning these states and ultimately being re-elected.”