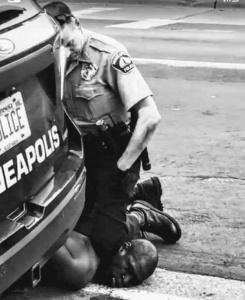 The death of George Floyd this week has opened a big wound in many people that condemned the racism while taking streets to demand justice.

Riots across the country have begun asking for justice for George Floyd. For them, racism is still alive and well in 2020. But the riots have gone as far as people breaking into stores and the burning of buildings. People are angry and some oppose the violent ways the protesters have taken. This further divides a country immerses in a global pandemic in a time where the economy is stalled and unemployment is hight. The United States is divided.

The death of George Floyd, an African-American man, occurred in Minneapolis, Minnesota on May 25, 2020. Derek Chauvin, a white Minneapolis police officer, kept his knee on Floyd’s neck for 8 minutes and 46 seconds; 2 minutes and 53 seconds of which occurred after Floyd became unresponsive, according to the criminal complaint filed against Chauvin. Floyd was handcuffed and lying prone on the road throughout that time. Officers Thomas K. Lane, Tou Thao, and J. Alexander Kueng participated in Floyd’s arrest, with Kueng holding Floyd’s back, Lane holding his legs, and Thao looking on as he stood nearby.

The incident occurred during Floyd’s arrest in Powderhorn, a neighborhood south of downtown Minneapolis, and was recorded on the smartphones of bystanders. The arrest was made after Floyd allegedly attempted to use a $20 bill in a deli, which an employee identified as counterfeit. Police stated that Floyd “physically resisted” after being ordered to exit his vehicle before the video was filmed. Surveillance footage from a nearby restaurant, however, contradicts this claim, with Floyd shown falling twice while being escorted by the officers. Video recording by a witness, showing the arrested Floyd repeating “Please”, “I can’t breathe”, and “Don’t kill me”, was widely circulated on social media platforms and broadcast by the media. All four officers were fired the next day. 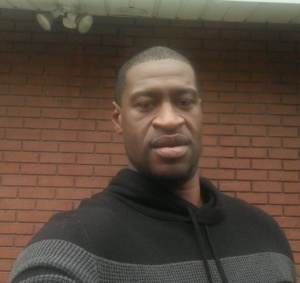 The Federal Bureau of Investigation (FBI) is conducting a federal civil rights investigation into the incident at the request of the Minneapolis Police Department. The Minnesota Bureau of Criminal Apprehension (BCA) is also investigating possible violations of Minnesota statutes. On May 29, Chauvin was arrested and charged with third-degree murder and manslaughter for Floyd’s death, with Hennepin County Attorney Michael O. Freeman saying he anticipated charges to be brought against the other three officers at the scene of Floyd’s death.

After Floyd’s death, demonstrations and protests in the Minneapolis–Saint Paul area were initially peaceful on May 26, but later that day became violent as windows were smashed at a police precinct, two stores were set on fire, and many stores were looted and damaged. Some demonstrators skirmished with police, who fired tear gas and rubber bullets.

A preliminary autopsy found no indication that Floyd died of strangulation or traumatic asphyxia, but that the combined effects of being restrained, underlying health conditions, including coronary artery disease and hypertensive heart disease, and potential intoxicants in his system likely contributed to his death.

Chauvin was arrested on May 29, and Hennepin County Attorney Mike Freeman charged him with third-degree murder and second-degree manslaughter. He said he also anticipated charges for the three other officers. Under Minnesota law, third-degree murder is defined as causing another’s death without intent to kill, but “evincing a depraved mind, without regard for human life”. Second-degree manslaughter also does not imply lethal intent, but that the perpetrator created “an unreasonable risk” of serious harm or death. Benjamin Crump, the lawyer for Floyd’s family, called for the first-degree charge for Chauvin, which requires an intent to kill.