Gas Prices Have Gone Down in The United States 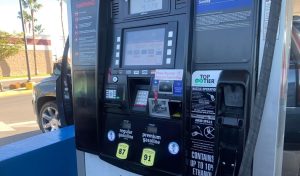 After months of pain in the wallet due to excessively high gas prices, it looks like the worst part is over and relief for drivers has finally come.

The average price of regular unleaded gasoline fell to $4.37 per gallon statewide Monday, down 15 cents from a week ago and 93 cents from a month ago, according to AAA.

Despite the decline, however, California is still well above the national average of $3.14/gallon.

Across the country, local news outlets are reporting on declining gas prices as the President continues to take action to lower them in the face of Putin’s Price Hike and other supply challenges.

President Biden says he is committed to doing everything in his power to bring prices down for American families. This includes the President’s announcement to extend the release of oil from the Strategic Petroleum Reserve through December, his intention to repurchase oil at around $70/barrel to replenish the SPR, and his call for oil and gas companies to pass their savings from declining oil and wholesale gas prices on to consumers at the pump.

“California’s price gouging penalty is simple – either Big Oil reins in the profits and prices or they’ll pay a penalty,” said Governor Newsom. “Big Oil has been lying and gouging Californians to line their own pockets long enough. I look forward to the work ahead with our partners in the Legislature to get this done.”