Gas Prices Could Go Even Higher 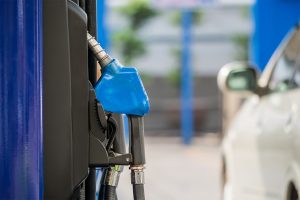 People have been frustrated with the rise of gas these last few months. President Joe Biden announced a series of actions to stop the rise in gas prices in March. The lack of results might affect Biden’s party in the midterm elections.

“Look, I know gas prices are painful.  I get it.  My plan is going to help ease that pain today and safeguard again — against it tomorrow.  I’m open to ideas to strengthen the plan, but I will not be — put off and put it on hold.

It’s time to deliver true long-term energy independence in America once and for all.  And I’m going to continue to use every tool at my disposal to protect you from Putin’s price hike.  This is not time for politics.  Americas — Americans can’t afford that right now.  So let’s meet this moment together,” President Biden said.

Energy Secretary Jennifer Granholm blamed the OPEC oil cartel led by Saudi Arabia and the U.S. gas and petroleum industry for rising motor fuel prices in the United States. As the Financial Times reported on November 4: “The White House has said OPEC+ risks imperiling the global economic recovery by refusing to speed up oil production increases and warned the U.S. was prepared to use ‘all tools’ necessary to lower fuel prices.”

According to the U.S. Energy Information Administration, American families heating with propane can expect to pay 54% more in winter 2021/22 than they did last year.

On 23 November 2021, the Biden administration announced it would release 50 million barrels of oil from the Strategic Petroleum Reserve (SPR).

Due to the 2022 Russian invasion of Ukraine and subsequent international sanctions during the Russo-Ukrainian War against Russia, oil prices worldwide soared. At the beginning of March 2022, the price of Brent Crude passed US$113 a barrel, the highest level since June 2014, while West Texas Intermediate was trading at just under US$110 a barrel. On 8 March, President Joe Biden ordered a ban on imports of Russian oil, gas, and coal to the US. Biden ordered another 30 million barrels of oil released from the SPR in early March, which on 31 March was followed by a release of 1 million barrels on average per day for 180 days, the latter of which is the largest release from the SPR in its history.

The Biden administration was pressed on potential oil deals with Saudi Arabia, Venezuela, and Iran that would have them increase their oil production. However, so far, Saudi Arabia and the United Arab Emirates have declined requests from the US. In May 2022, the Biden Administration announced that it will allow European oil companies to acquire Venezuelan crude immediately but dismissed calls for the US to unilaterally lift all sanctions against Venezuela.