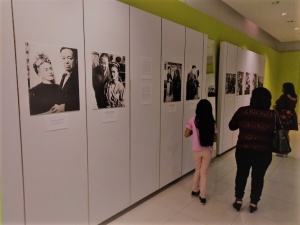 Diego Rivera and Frida Kahlo are one of the most controversial and admired couples in the history of art in Mexico. Their explosive relationship, one which had lots of ups and downs and was an intense relationship continues to inspire and interest generations today.

Since July 5th, Imperial Valley residents are able to enjoy 96 photographs taken between 1905 and 1954 of Diego Rivera and Frida Khalo that will be on exhibition until July 19th, thanks to the Institute of Mexicans Abroad through the Consulate of Mexico in Calexico.

The exhibition captures their second marital union and their connection with the artistic world at the time.

The art exhibition can be seen at Imperial Valley Mall where Papaya store used to be.

This special collection of photographs shows intimate and little-known images of one of the most controversial couples in the history of art in Mexico: Diego Rivera and Frida Kahlo. Their striking personalities provoked in their contemporaries the most diverse feelings, some of envy, others of admiration. However, it is undeniable that both formed a phenomenon at the time.