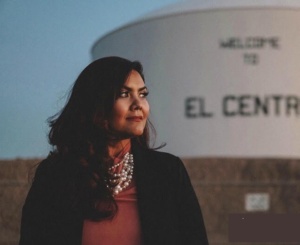 A county superior court referee ruled in favor of the Imperial Irrigation District regarding the return of equipment used by a former board member.

On August 22nd, IID presented its case before Judge Michael Domenzain who ruled in the district’s favor in a small claims lawsuit filed against former IID Board Director, Juanita Salas.

“Since leaving office, IID has attempted to collect various electronic equipment assigned to Ms. Salas during her tenure on the Board of Directors,” said Antonio Ortega, Government Affairs and Communications Officer at Imperial Irrigation District in a statement to Beyond Borders Gazette.

The electronic equipment assigned to Salas has a value of $3,395.29 and consists of the following items: HP EliteBook, iPhone 7 Plus and iPad Pro.

“Unfortunately, all attempts to collect the equipment were unsuccessful,” Ortega added.

Salas lost her re-election bid in June 2018 against Alex Cardenas. She left her position in December 2018 after serving a short term on the IID Board.

Ortega said that after the ruling was made, IID has received communication from Salas stating she plans to return the electronic equipment but as of now, that has not occurred.