Florida governor sues the CDC to get cruises sailing immediately 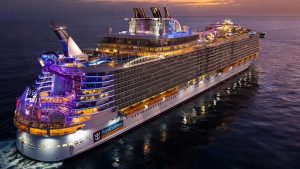 Under the direction of Governor DeSantis, Florida is suing the Biden Administration in federal district court to overturn the unlawful “Conditional Sailing Order” enacted by the Centers for Disease Control and Prevention (CDC). This unprecedented year-long lockdown of an entire industry by the federal government has directly harmed the State of Florida, its citizens, and their families, resulting in the loss of billions of dollars in economic activity.

Cruise Lines International Association, the industry’s leading trade organization, is urging the CDC to lift its “framework for conditional sailing order” to allow cruising to resume in phases by the start of July.

“The outdated CSO, which was issued almost five months ago, does not reflect the industry’s proven advancements and successfully operating in other parts of the world, nor the advent of vaccines, and unfairly treats cruises differently,” said Kelly Craighead, president, and CEO of the association, which represents 95% of ocean-going cruise capacity, said in a statement.

The cruise lines association noted in a release that since the CDC’s order was issued in October, the agency hasn’t issued additional guidance as it said it would.

Earlier in the week, the CDC added new guidelines for cruise lines, saying ships must make test voyages, implement routine coronavirus testing and develop a strategy to vaccinate crews. However, the CDC has also adjusted travel guidelines adding that vaccinated individuals can travel domestically and internationally.

The CDC has not made it clear when it would lift its no sail order.

“We must allow our cruise liners and their employees to get back to work and safely set sail again,” said Governor DeSantis. “To be clear, no federal law authorizes the CDC to indefinitely impose a nationwide shutdown of an entire industry. This lawsuit is necessary to protect Floridians from the federal government’s overreach and resulting economic harm to our state.”

“Cruises are a vital part of Florida’s tourism industry—employing thousands and boosting our state’s economy. Every day the federal government unfairly keeps this economic giant docked, our economy suffers. The ripple effect of this misguided federal lockdown has far-reaching implications for the cruise industry, international tourism, businesses that would benefit from the influx of visitors, our state’s economy, and the thousands of Floridians who work in the industry,”  said Attorney General Ashley Moody. “But what is even worse than the economic damage caused by this heavy-handed federal overreach is the precedent being set by an eager-to-regulate Biden administration that is unfairly singling out and keeping docked our cruise industry on the basis of outdated data. Our litigation seeks to end this federal overreach and allow Floridians to safely get back to work and travel.”

“The unwillingness of the CDC to adapt its guidelines to the ever-changing nature of the country’s pandemic response unrelentlessly destroys an industry that generates hundreds of thousands of jobs and several billions of dollars to our economy. These federal bureaucrats, who have no concept of what is actually happening out in the real world, have never had to face the reality of a prolonged furlough or have had their job jeopardized by the pandemic,” said Congressman Carlos Gimenez. “I guarantee if it were their job on the line and they had to handle the things hardworking Americans have had to face ahead of this pandemic, they would find the solution and rectify this issue immediately. It is time to hold the CDC and this Administration accountable for the damages they are committing against these hardworking Americans and for what they are doing to our local economies. I applaud Attorney General Ashley Moody for filing this lawsuit and Governor Ron DeSantis for backing these efforts.”

“Unlike Florida, some have forgotten the most important element of a successful transportation system: the people and their families,” said Florida Department of Transportation Secretary Kevin J. Thibault, P.E. “The CDC’s No Sail Order remains an arbitrary policy that clearly discriminates against one transportation method, and I applaud Governor DeSantis for continuing to advocate for the cruise industry and the thousands of Florida families who are struggling to make ends meet.”