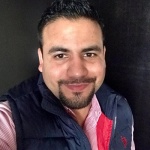 The Autonomous University of Baja California, through its Institute of Cultural Research, also participates by exhibiting a series of images, graphics, and texts of the museographic exhibition: “Beer: Alchemy of nature for the senses”.

The booth will feature an exhibition of the history of beer and its production method, it is an area for talks and workshops, a beer production equipment space, a Beer Garden with a “multibar” where artisans will sell their products which will also have tables and chairs for attendees to enjoy the best beer produced in Mexicali.

With this type of activities, the city of Mexicali is seeking to reinforce its national leadership in the production of craft beer, exposing why it is already being considered Mexico’s Capital of the Craft Beer.

The Board of FEX, through its President, Engineer Jorge Mario Arreola Real and its Director, Víctor Hugo Ramírez Briseño, have made sure that the Fiestas del Sol reflect what Mexicali is and demonstrates the great talent and innovation capacity of its population.