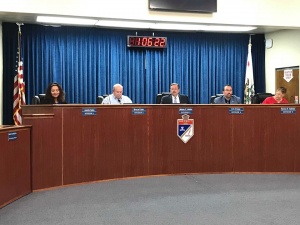 The Imperial Irrigation District Board of Directors will be looking to establish a policy regarding water delivery for the cultivation of Cannabis and industrial hemp.

The cannabis market is growing in California as cities and counties are preparing themselves and allowing cannabis cultivation and distribution facilities to operate. However, water distribution to those facilities may be in question due to a federal law that prohibits distribution of water for the cultivation of marijuana.

The IID Board of Directors met on Tuesday, September 11. One of the items on the agenda was to seek direction from the board about how the IID will answer to water request for cannabis facilities in the unincorporated areas of the county. Imperial County recently approved “Title I ordinance” allowing the cultivation of cannabis and industrial hemp. The IID wants to make this policy since they anticipate there will be water orders to cannabis facilities in the valley coming soon. Although the IID didn’t take any formal action, the board leaned towards having a policy that will require the person doing the water in order to fully disclose what they are growing. 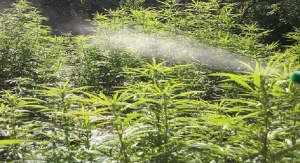 The IID receives its water from the U.S. Bureau of Reclamations, which is delivered through facilities, including the All-American Canal, owned by reclamation. The Bureau is subject to federal law, including the Control Substance Act of 1970, which provides that industrial hemp and cannabis are Schedule’s I substances which are illegal because they have high abuse potential, no medical use, and severe safety concerns. The Bureau of Reclamation is a provider of wholesale water and hydroelectric power in the U.S.

The Bureau’s policy that was approved in 2014 states that, as a federal agency, they have an obligation to uphold a Federal law which prohibits its use of Reclamation water or facilitate activities prohibited by the CSA that are not within a relevant exception or exemption established by federal law.