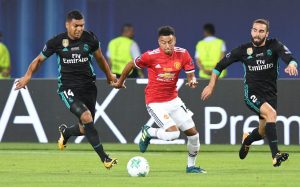 The biggest clubs in the world are in talks to create a “European Premier League” with the big three La Liga clubs – Barcelona, Real Madrid, and Atlético Madrid – said to be involved. Liverpool and Manchester United are mentioned prominently in a report from Sky Sports News, which also names Arsenal, Chelsea, Manchester City, Tottenham Hotspur, Paris Saint-Germain, Juventus, and Bayern Munich as likely candidates to join as well.

According to the report, Wall Street financiers are assembling a $6 billion funding package to create this European “super league.” The competition could be set to start as early as 2022, with FIFA involved in a tournament that could be made up of up to 18 teams, with matches played during the normal European season.

The concept of a European Super League consisting of football clubs from across Europe has been discussed from the 1990s and has occasionally been officially proposed, but has never been implemented.

In 1998, Italian company Media Partners seriously investigated the idea. The plan died after UEFA moved to expand the Champions League competition and abolish the Cup Winners’ Cup in order to better accommodate clubs that were considering defecting in order to join the proposed Super League.

In February 2012, Clarence Seedorf also predicted the inception of the competition and gave it his backing. In April 2013 Scotland manager Gordon Strachan said that he believes the Old Firm clubs of Celtic and Rangers would join a future new 38-club two-division European Super League.