Energy Transition for a Greener Economy in 2022

• The Cop 27 in Egypt has 200 invited countries and the challenge is to stop climate change.

• The Government of Mexico promises at COP-27 to reduce gas emissions.

The United States and Mexico have been developing a joint plan to generate clean energy for some time. The Government of Mexico promised to accelerate processes to reduce the emission of greenhouse gases by 2030. It will seek to achieve it with an investment of 48 billion dollars.

At the United Nations Conference on Climate Change (COP-27), which takes place in Egypt, Mexico consolidated the acceleration of the reduction of its greenhouse gas emissions by 2030 with strategies such as the Sowing Life Program and the Mayan Train.

With the support of the United States Government, it is estimated that from 2022 to 2030 an additional investment of around 48 billion dollars was achieved.

Authorities from Mexico and the United States are working on a bilateral plan for the generation of clean energy. In October 2022, the Government of Mexico received the delegation headed by the United States presidential special envoy for climate, John Kerry.

The purpose of the meeting was to share with the authorities of that country the vision of Mexico for the transition towards clean energy.

The Government of Mexico invests and works in the modernization of several key points in the state of Sonora to turn it into a state of renewable and clean energy generation.

The President of Mexico said that they hope to replicate in other parts of the state and the country the modern project of the Puerto Peñasco photovoltaic plant, which in 2027 will be the most important installation in Latin America for the production of solar energy, and that will allow increasing self-sufficiency energy, both in Sonora and Baja California.

The President of the United States, Joe Biden, will travel to Egypt to defend the ambitious climate plan, officially known as the Inflation Reduction Act in the United States, which foresees investments worth 369 billion dollars in clean energy policies. 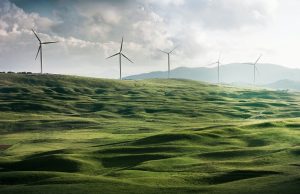 The United States plan represents the largest green investment in the country’s history and plans to reduce its emissions by 40% by 2030. This plan has received some criticism from European ministers for fear that the tax incentives they contemplate put at a disadvantage to automobile companies in the European Union (EU).

Renewables are the cheapest source of new electricity in most of Latin America and the Caribbean region has the cleanest energy mix in the world.  The region is entering a crucial decade in shaping its future energy system and is highly committed to the energy transition.

However, limiting global warming to 1.5°C will soon be unattainable without immediate and deep reductions in emissions across all sectors. There are great opportunities for the region to continue to be a leader in clean electricity generation and substantially improve emissions from other sectors.

Work must be done on the region’s path to carbon-neutral energy by 2050, strengthening the links between renewable energy and economic development priorities, climate justice, and energy security, and exploring immediate actions to accelerate progress towards the climate goals. COP 27 is the 2022 United Nations Climate Change Conference.

In other words, it is the 27th edition of the annual meeting organized by the UN with world leaders and other stakeholders to discuss and define commitments in the fight against climate change. The first COP took place in 1995 in Berlin.

In Berlin, it was agreed that it is necessary to meet every year to analyze the state of the climate and discuss the necessary reduction of greenhouse gas emissions