DO YOU KNOW WHAT ATTACHMENT IS?

Yesterday, the International Day for Elimination of Violence against Women was celebrated worldwide.

In 1993, at the General Assembly, the United Nations (UN) adopted the Declaration on the Elimination of Violence against Women, and on December 17, 1999, the General Assembly of the United Nations designated November 25 as the International Day for Elimination of Violence against Women, to a proposal from the Dominican Republic with the support of 60 additional countries.

But what is violence against women? Is it this 2018 eradicated?

Violence against women has not been eradicated. Even to this day, this kind of violence is presented by the sheer condition of being a woman. Women have been victims for many generations because of our vulnerable condition, this has been a consequence of the discrimination we experience both in-laws and in practice, and the inequality we suffer by the simple fact of not being men.

Women, although in mental capacity can show some equality with men, we are not equal in physiognomy or strength, therefore, the control of males over females continues to prevail, even when laws have evolved and protections for us exist.

Women remain fearful of mistreatment, threats, intolerance and abuse from males. This kind of violence is practiced in various forms, ranging from discrimination and contempt, exclusion, to physical, sexual, verbal or psychological aggression and even femicide. 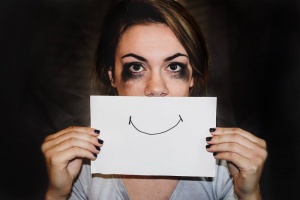 Violence against women is not exclusive to the family nucleus or a relationship. This manifests itself in various areas of social, labor and political life, in school, religion and other social circles where women continue to be victims of authoritarian, arrogant, macho, controlling and highly misogynistic men, who still consider themselves superior and they believe that women were created to please and serve them.

Violence does not occur only when there are insults, abuse and beatings, but also when there is discrimination, lack of support, lack of understanding, lack of acceptance and non-compliance with justice and equality or the commitments that are acquired with us, women.

Nowadays, one of the ways in which women tend to be vulnerable victims, for instance, is with the household income, because today, a large number of women have taken the head of the household role and providers, so they depend on 100% of the salary they receive both in their work and their business, since a large number of them are entrepreneurs. However, there are clients, companies and governments that not only do not respect and honor the place of women as a household supporter but also fail to cover their payments timely.

“Economic bullying” or “economic violence” is not only presented with the regular salary of a woman head of the household, but with its clients and institutions who are also responsible for creating that stable atmosphere for today’s mothers who are the support of their children and dependents, since this is not only a form of violence but as a result of stress and financial instability, their health is also affected, generating greater problems for the household and society in general.

In no way, this latent problem can and should be ignored, for which women, motivated and determined to get ahead against the current, can stop being victims of violence neither at home nor on the streets.

Governments must put aside the simple propaganda of timely justice application but must put into practice what they preach and publicize on a day which celebrates the importance of Elimination of Violence against women.

It’s all a mockery that what we hear in advertising spots, in articles or in advertisement banners of any kind, promoting the elimination of all types of violence against women, in reality, is just another big lie. 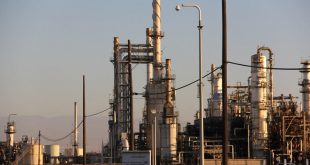