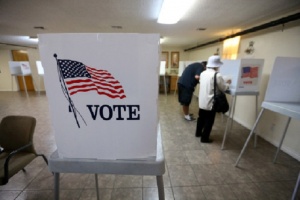 Months of campaigning came to an end as voters chose the direction their cities and counties will take for the next four years.

The Imperial Irrigation District Board of Directors only had one run-off race. Incumbent Norma Sierra-Galindo leads the race with 2,312 votes against Carlos Zaragoza who received 2,027 votes.

In the El Centro City Council race, Mayor Cheryl Viegas-Walker and Tomas Oliva are leading the race with 1,934 and 1,904 respectively.

In the County Supervisor District 1 race, Jesus Eduardo Escobar has 1,825 votes and John Renison has 1,682.

The Heffernan Memorial Healthcare District has Gloria Grijalva and Norma Apodaca leading the race. Grijalva will return two years after she lost her re-election bid in 2016.

The Calexico School Board saw no changes as incumbents Ciro Calderon, Richard Romero and Lorenzo Calderon where easily re-elected.

In Calexico, Measure K (the cannabis business tax) and the hotel Transient Occupancy Tax won by an overwhelming majority. With the passing of Measure K, citizens are authorizing the city to tax marijuana businesses at rates of up to $25 per square foot for cultivation and up to 15 percent of gross receipts for sales.

Measure J will increase the local hotel tax on hotel guests in Calexico from 10 percent to 12 percent to fund general city purposes.