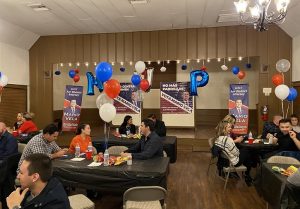 The time for talking and campaigning is now over and after an intense election day, the preliminary results are showing who our representatives are going to be.

The preliminary results that were published at 8 p.m. on Nov. 8 showed people where things were going. The third update will take place on Nov. 9 at 5 p.m. according to the Imperial County Elections Department.

The Imperial County Registrar of Voters has issued an “Unofficial Election Results” update on the Registrar’s website at www.elections.imperialcounty.org/ for the November 8 General Election. This will not be a final tally of all ballots.

For further information, visit the Imperial County Registrar of Voters website at

For Imperial County District Attorney, George Marquez was leading with 1,530 votes against Mario Vela with 4,999.

Supervisor Ray Castillo was trailing challenger John Hank in the preliminary results. Hawk was leading with 1,120 votes against Castillo’s 935 votes.

It looks like Calexico City Council will have two young council members going forward. Raul Ureña and Gilberto Manzanares are leading the race and, if nothing changes, they will be the next council members. The incumbent, Rosie Fernandez, looks like she would lose her sit but that final count has not been made.

California will amend the state constitution to guarantee the right to abortion and contraception. Voters approved the ballot measure known as Proposition 1.

Democrat Gavin Newsom easily won a second term as California’s governor on Tuesday, beating a little-known Republican state senator. With more than 4 million votes counted, Newsom had 62%, a result reflective of a state where there are nearly twice as many registered Democrats as Republicans. Newsom had nearly the same percentage when he won his first term and when voters rejected the recall.