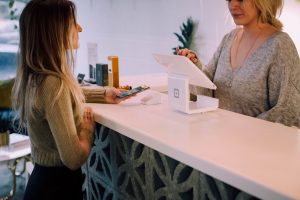 The COVID-19 pandemic has been particularly hard on small businesses, which are estimated to employ nearly half of all American workers. A recent Federal Reserve Bank study noted that the pandemic caused an additional 200,000 businesses to close their doors last year, with small businesses comprising the bulk of the difference.

However, it hasn’t been all bad news for the nation’s small businesses. A real-time survey of business applications conducted by the U.S. Census Bureau offers encouraging results: the increase in business shutdowns combined with changes in consumer preferences created gaps for new entrants to fill, resulting in a strong resurgence of new businesses. Between 2019 and 2020, there was a nearly 25% increase in new business applications, and that increase has held relatively steady through 2021. About one-third of current applications are considered “high-propensity applications,” or those with a high likelihood of turning into a business with payroll.

While total business applications grew markedly since the beginning of the pandemic, the strongest increases appeared in the Southeast. Mississippi, Georgia, and Louisiana lead the nation with application increases of over 55%. Yet, not all states fared well, as Alaska and North Dakota each saw small, single-digit percentage decreases over the same interval. At the metro level, those reporting the largest increases in new business applications are also found in the Southeast, with a handful of locations in Texas and the Midwest also ranking highly.

In the event of a tie, the location with the higher total change in business applications from 2019 to 2020 was ranked higher.

The analysis found that in 2019, the El Centro metropolitan area received 715 new business applications. In 2020, that number increased to 854 applications.