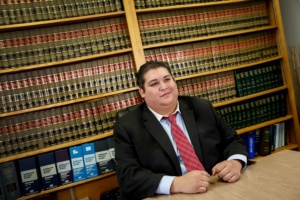 El Centro Mayor Edgard García went to court to plead not guilty on charges that he was driving under the influence.

This arrangement follows an incident involving Garcia on May 7th when he was stopped and cited by police for allegedly driving under the influence. The Imperial County District Attorney decided to send the case State Attorney’s Office due to a possible conflict of interest. Garcia ran for Imperial County District Attorney in 2016 losing to the incumbent, Gilbert Otero. Garcia became Mayor of El Centro in January of this year.

Garcia pleaded not guilty during his hearing today. It was Judge Brooks Anderholt who presided over his arraignment.

California Attorney General Xavier Becerra’s office announced via a press release the arraignment and charges made to Garcia.

The Attorney General’s complaint alleges that Garcia drove while under the influence of alcohol and with a blood-alcohol level greater than .08 percent. The complaint also alleges Garcia’s blood alcohol level was over .15 percent.

“Driving under the influence and risking the lives of others is a crime that will be taken seriously,” said Attorney General Xavier Becerra.

The State Attorney mentioned in the press release that a criminal complaint contains charges that are only allegations against a person.

“Every defendant is presumed innocent until proven guilty,” the press release stated.