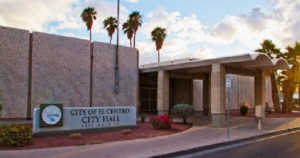 Governor Gavin Newsom today announced the first round of awards for Homekey, California’s nation-leading $600 million programs to purchase and rehabilitate housing – including hotels, motels, vacant apartment buildings and other properties – and convert them into permanent, long-term housing for people experiencing or at risk of experiencing homelessness.

“This tiny home community will primarily house homeless youth who are pursuing higher education at IVC because they believe that through education, their lives will change,” said Imperial Valley College President Dr. Martha Garcia. “Collectively in Imperial County, we are committed to helping those that have the greatest barriers in life.”

Nearly $76.5 million was awarded by the Department of Housing and Community Development (HCD), which administers Homekey, for 10 projects in seven California communities totaling 579 units.

In meeting the urgency of the homelessness crisis, Homekey prioritizes speed and cost containment. These projects, and future Homekey awardees, must all complete their purchases by December 30th of this year. This first group of projects has estimated per-room acquisition costs that are below original state estimates.

“We are realizing our dream of helping local jurisdictions acquire thousands of motel rooms and convert them into housing for individuals and families experiencing homelessness,” said Governor Newsom. “Homekey is the first effort of its kind in the nation and is a once-in-a-generation opportunity to protect the most vulnerable people in our state.”

Building on the success of Project Roomkey, Governor Newsom in July announced the availability of $600 million in funding for Homekey, the next phase in the state’s response protecting Californians experiencing or at risk of experiencing homelessness, following approval by the Legislature as part of the 2020-21 annual state budget. Of that, $550 million will be provided to cities and counties by California’s direct allocation of the federal Coronavirus Aid Relief Funds, with an additional $50 million provided by the state to supplement the acquisition and provide initial operating funds.

Previously, Governor Newsom released the full $650 million in State Emergency Homeless Aid from last year’s budget, and the new state budget approved by the Legislature and signed by the Governor in June includes $300 million General Fund to cities, counties, and continuums of care to support efforts to reduce homelessness. The state has partnered with local governments to launch 100-day challenges for immediate impact solutions to tackle homelessness. The Governor began the year by signing an executive order as part of a comprehensive state response to homelessness and called on all levels of government to step up their efforts to combat the crisis in his State of the State address.

HCD began accepting applications for Homekey on July 22, 2020. Additional awards are expected weekly until all $600 million has been awarded. The response from local governments and housing providers was significant – demonstrating the strength of these state-local partnerships. By the priority application deadline on August 13, a total of 138 applications had been received from 67 jurisdictions statewide, with a total of nearly $1.06 billion requested.