Economy and insecurity, the main concerns of Baja California in 2018

The issues of insecurity and corruption are the main domestic barrier to economic development in 2018 and 2019 for Baja California: Díaz-Bautista.

The main obstacle to the economy development of the state and the country in the coming months is insecurity.

Insecurity and violence have soared in Tijuana and throughout Baja California during 2018. In recent months, the perception of insecurity in the state has been increasing. Thefts and insecurity in Tijuana also generate distrust and discomfort in people. 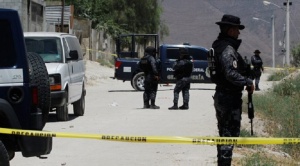 The high rate of insecurity in Baja California has worried citizens who also feel uncertain about the economic situation of the state and the country. “Insecurity and corruption are the main internal obstacles that could affect economic development in 2018 and 2019,” said Dr. Alejandro Díaz Bautista; economist, national researcher at Conacyt, as well as research professor at El Colegio de la Frontera Norte (El Colef).

With greater certainty in compliance with the law and property rights will reduce the cost of doing business and there will be an improvement in the climate to attract investments and generate growth.

In the state economy, the phenomenon of insecurity is very negative. Insecurity, corruption, and violence are affecting the economic processes in the state and in the country during 2018. Violence and insecurity have a cost to the economy and for the case of Mexico it amounts to 3.07 trillion pesos or 25,130 pesos per person every year, according to the most recent Mexico Peace Index (IPM 2017).

Insecurity is the main concern of companies, above taxes and corruption. Insecurity is a risk that affects potential economic development, and its effects on investment may already be considered during 2018. While businessmen consulted by the World Economic Forum, place Mexico among the seven countries that generate investors more costs to face crime and violence.

Finally, reducing insecurity is a necessary condition to attract investment that really benefits Mexicans, so there is no better policy of economic development than a frontal fight against corruption, impunity and insecurity.