Economics of climate change in 2020 and the following years 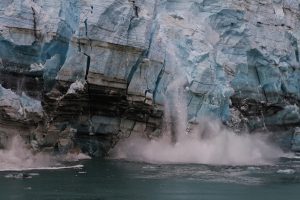 The economics of climate change refers to climate change in economics. The analysis indicates that several factors make this a difficult problem from both an economic and a political perspective and it is an intergenerational problem in the short, medium, and long term.

“Climate change, from an economic perspective, is considered a negative externality, which puts at risk a global public good which is the climate,” explained Dr. Alejandro Díaz-Bautista, an international economist, as well as a research professor at the Northern Border College (El Colef).

By 2030, climate change could drag more than 100 million people back into poverty, and much of this decline would be attributed to negative health impacts, according to the World Bank analysis. There is clear and growing evidence that health outcomes will be largely negatively affected by rising temperatures and sea levels, different rainfall patterns and heatwaves, and extreme weather events each year, more and more frequent.

Many of the atmospheric emissions that cause climate change also directly affect health, resulting in respiratory and cardiovascular diseases. The impacts of climate change include loss of biodiversity, rising sea levels, increasing frequency and severity of some extreme weather events, and acidification of the oceans.

Economists have attempted to quantify these impacts in economic and monetary terms, but these assessments are not entirely accurate and need to take into account all the economic and social benefits and costs. The two main policy responses to global warming are to reduce greenhouse gas emissions (mitigation of climate change) and adapt to the impacts of global warming.

One of the answers to the uncertainties of global warming is to adopt a sequential decision-making strategy. This strategy recognizes that decisions about global warming must be made with incomplete information and that short- and medium-term decisions will have potentially long-term impacts.

Governments can choose to use risk management as part of their policy response to global warming. Economic analysts have evaluated global warming in relation to sustainable development.

Sustainable development considers how future generations might be affected by the actions of the current generation. In some areas, policies designed to address global warming can contribute positively to other development goals.

In some areas, the cost of global warming policies can divert resources from other socially and environmentally beneficial investments (the opportunity costs of climate change policy).

Climate change is a risk multiplier that threatens to derail decades of development gains. One of the most critical direct risks for humans is the impact that climate change has on health.

Thermal stress will worsen as high temperatures become more common and water scarcity increases; malnutrition, particularly in children, could become more prevalent in some parts of the world where droughts are expected to be more frequent; and waterborne diseases.